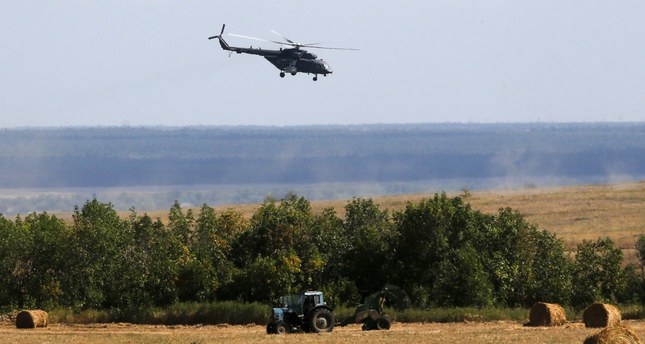 "Yesterday, during the day, at the border post of Krasnatalovka, Russian Mi-24 helicopters attacked Ukrainian border guards. As a result of the attack, four guards were killed, three were injured," Lysenko told Reuters.