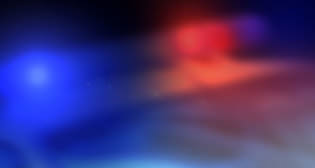 by AA Aug 29, 2014 12:00 am
Danish police was on alert after receiving information concerning a suspicious bearded youngster who appeared stressful in a Copenhagen metro station.

After receiving warning calls, the police began searching for a youngster carrying a bag who boarded a train in Avedore station in Copenhagen, leaving it at Norreport station, said local media on Thursday.

Authorities increased security patrols in the city's most populated areas and distributed a photo of the youngster, taken by security cameras while he was boarding and leaving the train.

Copenhagen University's Turkish student Alişer, once informed of the situation by his relatives, after finishing his exam, called the police himself to disclose his location.

Alişer C. from Konya, Turkey's Central Anatolian region, told Danish media that he was carrying a printer in his bag and reading a book about terrorism, required for an upcoming exam.

When the printer and the cables fell from his bag, this apparently prompted some to informe police about a suspicious individual.

He was freed after the police took his testimony and confirmed the misunderstanding.