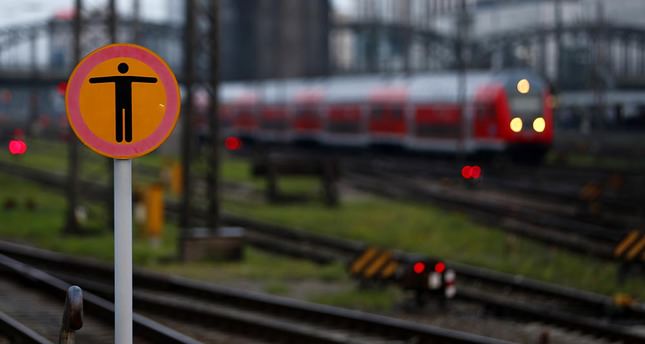 by Sep 06, 2014 12:00 am
A strike by train drivers in Germany demanding a pay increase has disrupted around a thousand long-distance, regional and commuter trains, operator Deutsche Bahn said Saturday.

The three-hour strike - which ended at 9 am (0700 GMT) - was organized by the GDL union for train drivers in an attempt to increase pressure on Deutsche Bahn in wage negotiations.

The union is demanding a 5-per-cent salary increase and two hours less of work each week.

A spokesman for the railway company said that services had been "severely disrupted" and that there would continue to be significant delays throughout the day.

Long queues were seen at help desks in major cities including Hamburg and Munich, where Deutsche Bahn employees were handing out free coffee in an attempt to appease delayed passengers.

If Deutsche Bahn fails to meet the drivers' demands, the union will vote on further strikes "in the coming days," a GDL spokesman said. The decision will require a 75-per-cent majority.