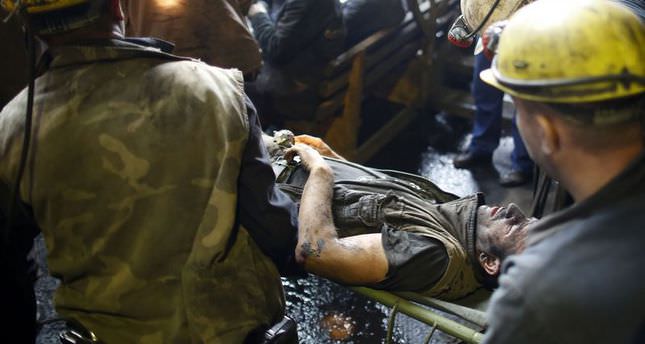 by Sep 07, 2014 12:00 am
Bosnian rescue workers have recovered the bodies of four miners killed when a gas explosion caused part of a mine to collapse, and were set to resume the search for a final body on Sunday. 29 men were trapped in the Raspotocje mine outside the town of Zenica for more than 20 hours after an earthquake triggered a gas explosion on Thursday. On Saturday, four bodies were brought to the surface, with rescue teams taking more than 15 hours to dig their way into the collapsed tunnels 500 meters (1,600 feet) underground, state television reported. "We will know after the autopsy the cause of their deaths, but they probably died by asphyxiation caused by the gas entering the tunnels after the explosion," said mining inspector Nuraga Duranovic.

The body of the fifth deceased miner was in a different part of the mine which rescuers could not approach due to ventilation problems, Duranovic said. It was expected to be recovered on Sunday. The explosion was triggered by a 3.5-magnitude earthquake. Local authorities have called a day of mourning on Monday.The coal mines around Zenica, northwest of the capital Sarajevo, are notorious for deadly accidents.