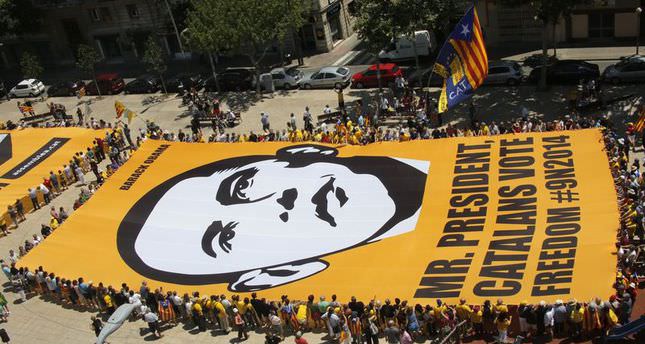 by Sep 11, 2014 12:00 am
Tens of thousands of people are expected to gather in Barcelona on Thursday to demonstrate in support of Catalonian independence.

The demonstration comes on the anniversary of Catalonia's 1714 defeat in the War of Spanish Succession, which the region celebrates every year on September 11.

It also comes amid the lead-up to a Scottish independence vote Catalonians are looking to eagerly, two months in advance of their own referendum on November 9.

But questions remain about whether the Spanish government will recognize the outcome of a referendum, with Prime Minister Mariano Rajoy characterizing the vote as unconstitutional.

The leader of the Catalonian liberal national party, Artur Mas, has said that he's committed to pursuing independence for the north-eastern region of 7.6 million, but he has also signalled an unwillingness to directly defy Madrid.

Rajoy's government has appealed to the country's constitutional court, seeking to prohibit the vote on the grounds that only the central government can call a referendum.

On Thursday's march, for which half a million people have signed up, demonstrators will take to the streets of Barcelona to form a V-shaped (V for Vote) human chain expected to be 11 kilometres long.