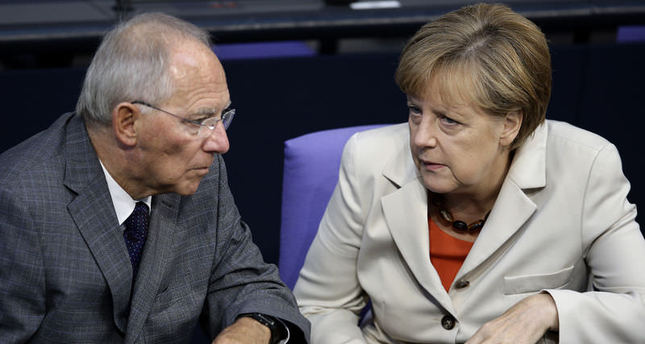 by Sep 12, 2014 12:00 am
Germany announced a ban on self-proclaimed Islamic State of Iraq and al-Sham (ISIS) on Friday, saying it aimed to prevent the militants from recruiting young militants in Germany, especially via the internet, or from using combat-hardened fighters returning to Europe to carry out attacks.

Coinciding with the launch of a broad U.S. campaign against the ISIS militants, which could include air strikes in Syria as well as Iraq, Germany introduced an immediate ban making all IS propaganda, symbols and activities illegal.

To help counter ISIS military gains in Iraq, Chancellor Angela Merkel has broken with Germany's post-war policy of not sending arms to war zones and has begun to send weapons and equipment to Iraqi Kurds fighting the militants.

"The terrorist organisation ISIS is a threat to public safety in Germany as well," said Interior Minister Thomas de Maiziere, estimating that over 400 Germans have joined ISIS in Iraq and Syria and about 40 have died, some in suicide attacks.

More than 100 militants are back in Germany including "some with combat experience who have learned to hate", he said.

"We don't know what they are doing, but it could be that they will carry out attacks," said De Maiziere, citing the case of a returning French ISIS militant arrested in connection with an attack on a Jewish museum in Belgium in May.

ISIS runs aggressive German-language recruitment campaigns on social media "to get young women and men to join the group and fight and murder", the minister said.

But security services alone cannot stop the radicalization of young Muslims, de Maiziere said, urging "parents, siblings, neighbours and friends" to help. He praised the main Muslim community groups for standing up to the "barbaric" organization.