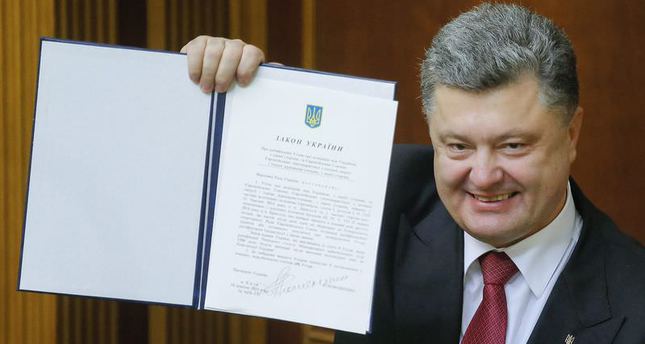 Ukraine's parliament on Tuesday ratified a landmark agreement on political association and trade with the European Union, the rejection of which last November by then President Viktor Yanukovich led to his downfall.

The agreement, whose ratification was synchronised with that of the European Parliament in Strasbourg, won unanimous support from the 355 deputies who took part in the vote.

Ukrainian President Petro Poroshenko said that the EU pact was a "first step, an important step" towards membership of the European Union, emphasizing the importance of the agreement in moving the country towards the West and away from Russia.

Referring to the deaths of anti-government protesters who came out against Yanukovich's rejection of the pact with the EU and of soldiers killed in fighting separatists, President Petro Poroshenko said: "No nation has ever paid such a high price to become Europeans."