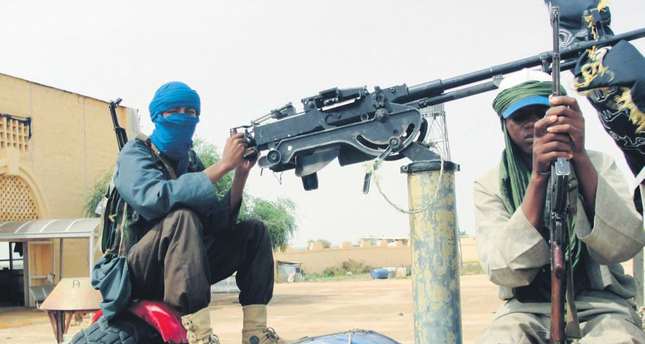 After long-term military ties with its former colonies, France is looking to stabilize the turbulent region. Yet, its broadened military presence over the region derives from its economic interest

France is accused of trying to extend its influence in its former colonies in Africa, especially Mali and Chad, by increasing its troop numbers, which is exasperating the already violent conflicts
in the region.

In the face of terrorism and growing insecurity in France's former colonies in Africa, France has permanently increased its presence in the region. The move has been made in the hope of saving the country from internal turmoil by deploying troops across the Sahel region of northern Africa covering northern Mali and Chad where various militant groups threaten the stability and integrity of the country.

France's desire to build a solid military cooperation with Mali to restore peace and stability is of crucial importance to understanding the underlying reasons for its presence in its former colony. Considering France's past involvement on the continent, the European giant's concern for regional stability in Africa can be seen as an attempt to extend its influence over the region while keeping French-speaking Africa in its political and economic sphere.

France's military deployment in the region has targeted armed militant groups operating between northern Chad and northern Niger. With the Sahel region open to attacks, it has strategic importance for France's interests. Despite France's efforts to stabilize the turbulent region, Mali has long been suffering from growing instability and security. The north of the country, including the three biggest cities of Kidal, Gao and Timbuktu, has been under de facto control from the MNLA (National Movement for Liberation of the Azawad) which was founded in 2011. It is believed that France allowed the rebel group to occupy the northern part of the country by banning the Malian army from entering the rebel-held region. France's support of the militant group, MNLA is of crucial importance to France's interest over the region.

France has used northern Mali as a buffer zone to prevent militant threats spreading across the Sahel region, towards the borders of Niger. The region that has been destabilized by the various militant groups in Niger, the world's fourth largest producer of uranium, plays a crucial role for France. Niger's security is a top priority for France as the country's biggest economic interest lies in Niger. France has reportedly invested 1.9bn Euros (TL 5.4 billion) for the development of the large uranium deposits on the eastern borders of Niger.

Any possible militant threat in Niger would endanger a significant amount of French investment in the African country. "France's desire is to have its forces react better in the fight against terrorism. That's why we are going to be engaged in Operation Barkhane, which will mean an integral regional effort by French forces," French Defense minister Jean-Yves Le Drian said in July 2014. Operation Barkhane was launched at the beginning of August 2014, spanning five countries in the Sahel region; Burkina Faso, Mali, Mauritania, Chad and Niger. The mission involved the deployment of 3,000 troops across the vast Sahel region, along with six fighter jets, 20 helicopters and three drones. The new military operation was reorganized after Operation Serval, the French military intervention in the north of Mali launched in January 2013. In addition, France signed a renewable defense agreement with Mali in July with the aim of extending its presence through building military bases over the next five years.

It would thereby ensure long-term military ties with its former colony. The new agreement allowed more French military operating within the ex-colonial territories, thus prompting fears over France's operations across the region.

Meanwhile, the French ex-colonies have long been paralyzed by the ongoing violence due to rebels seizing power from the central government. Amid growing insecurity, the U.N. took over a peacekeeping mission in the Central African Republic (CAR), the former French colony previously run by the African Union in an effort to protect civilians from rebel attacks. U.N. peacekeepers moved in on Monday to help 2,000 French troops who had previously struggled to stabilize the area. "Civilians are being killed by all sides at an alarming rate and people are desperate for protection," said Lewis Mudge, the Africa researcher at Human Rights Watch told Reuters.
Last Update: Sep 17, 2014 6:14 pm
RELATED TOPICS