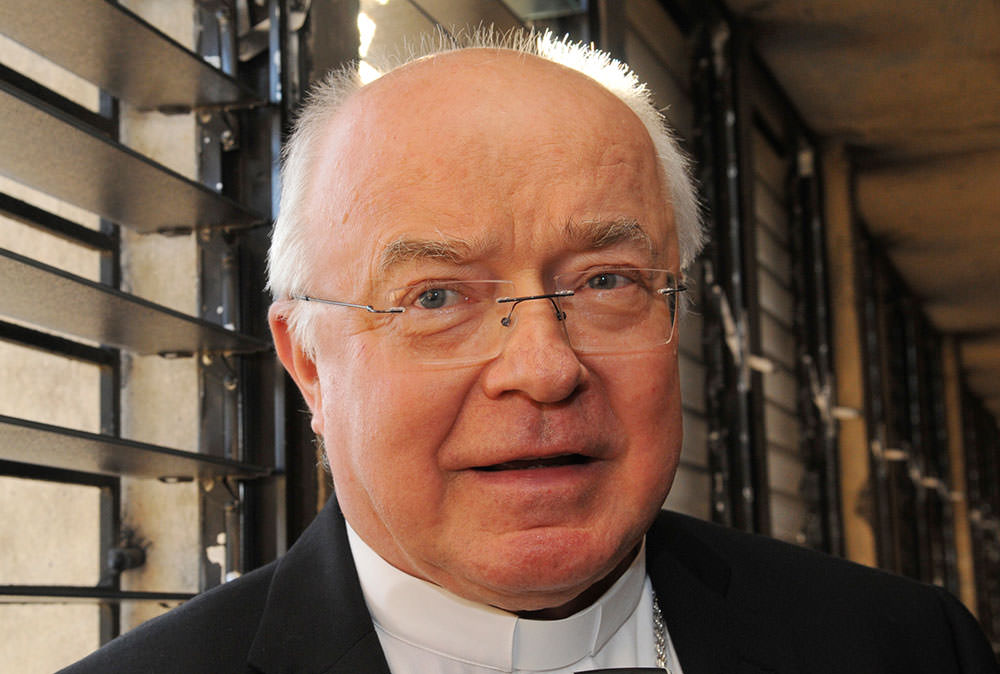 by Sep 24, 2014 12:00 am
The Vatican on Tuesday arrested a former archbishop accused of paying for sex with children while he was a papal ambassador in the Dominican Republic, the first-ever arrest inside the city state on charges of paedophilia.

Jozef Wesolowski, a Pole who was defrocked by a Vatican tribunal in June, has been placed under house awaiting a criminal trial, the Vatican said in a statement.

The 66-year-old Wesolowski is the most prominent church figure to be arrested since Paolo Gabriele, a former papal butler convicted in 2012 of stealing and leaking private papers of former Pope Benedict XVI.

Unlike Gabriele, Wesolowski has not been detained in the Vatican prison, a couple of rooms attached to a courthouse, but was granted house arrest in a Vatican apartment for medical reasons.

Wesolowski was recalled to Rome by the Vatican last year when he was still a diplomat in Santo Domingo and relieved of his duties after Dominican media accused him of paedophilia.

He had been living freely in Rome, and victims of sexual abuse had called for his arrest, expressing concern he might flee.

The former archbishop could face up to 12 years in jail in what will be the first trial for sexual abuse to be held inside the Vatican City.

The Vatican said the arrest reflected the wishes of Pope Francis "that such a grave and delicate case be handled without delay, with the just and necessary rigour".

Francis, the first non-European pope in 1,300 years, has vowed zero tolerance against Roman Catholic clerics who sexually abuse children. Last May, he called such abuse an "ugly crime" and likened it to "a Satanic Mass".

In July, he told victims of sexual abuse the Church should "weep and make reparation" for crimes he said had taken on the dimensions of a sacrilegious cult.