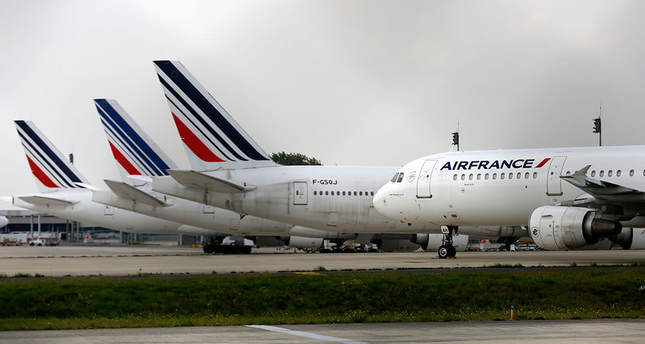 by AA Sep 25, 2014 12:00 am
Air France has announced it will immediately cancel its low-cost Transavia Europe airline project in a bid to end its biggest strike since 1998.

The French flag carrier said in a statement on Wednesday that the decision was designed to "promote the rapid resolution of the conflict" as its pilots' strike entered its 10th day, grounding more than 60 percent of the airline's flights.

Air France Chief Executive Frederic Gagey said in a statement the cancellations were costing the company up to 20 million euros ($25million) a day and called on the pilots' union SNPL to take the offer and "return to work immediately".

The action, which began on September 15, came in response to Air France's plans to hire hundreds of new pilots on lower pay to fly for Transavia, a budget subsidiary.

Air France said it would ditch the low-cost Transavia Europe plan and instead develop instead its Transavia France project.

Gagey and the chief executive of Air France-KLM, Alexandre de Juniac, said in a joint statement: "Our Transavia project is a 100 percent pro-France project."

"It is about developing Transavia to encourage growth in France and quickly create more than 1,000 jobs in France."

The strike has affected tens of thousands of passengers, France 24 TV station reported.

On Monday, Air France pilots decided to continue their strike, rejecting the airline's decision to postpone plans to expand its low-cost Transavia subsidiary until December.

In 1998, 3,200 Air France pilots went on a nine-day strike over cuts in pay. Three in four flights were suspended.