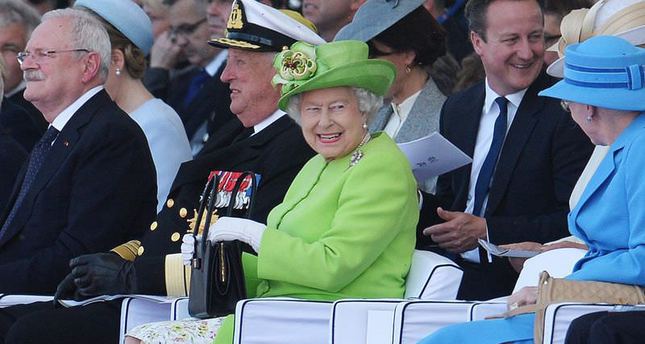 by Sep 25, 2014 12:00 am
British Prime Minister David Cameron is to apologise in person to Queen Elizabeth after he was overheard saying she had "purred" with happiness on hearing that Scots had rejected independence, Sky News said Thursday.

Cameron's comments were made to Michael Bloomberg, the former New York mayor, and were picked up by a TV crew on Tuesday during his visit to the city to attend the United Nations General Assembly.

"She purred down the line. I've never heard someone so happy," Cameron, whose Conservative Party campaigned for Scotland to stay in the United Kingdom, said of the Queen Elizabeth.

The Queen herself, who never makes her own political views public, had stayed out of expressing an opinion on the independence debate and merely said she hoped the country could come together after last week's vote.

Media reported that Cameron would apologise to the queen in person when he sees the monarch at their next regular meeting.

"Look, I'm very embarrassed by this. I'm extremely sorry about it," he told reporters in New York according to Sky.