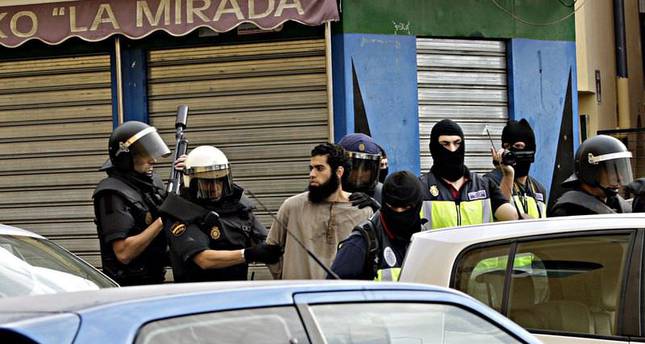 by AA Sep 26, 2014 12:00 am
Spanish and Moroccan police detained nine men suspected of links to the self-proclaimed Islamic State of Iraq and Sham (ISIS) on Friday.

The men were captured in the Spanish administered exclave of Melilla in northern Morocco and the Moroccan city of Nador during a joint Spanish-Moroccan operation against a terrorist cell that is allegedly linked to ISIS, according to Spain's Interior Ministry.

The nine people including one Spaniard and eight Moroccans were detained on early Friday, the Ministry said.

This is the fourth anti-terror operation conducted in Melilla this year, leading to the arrest of 24 people in total, bringing the number of terror suspects detained since 2013 up to 44.