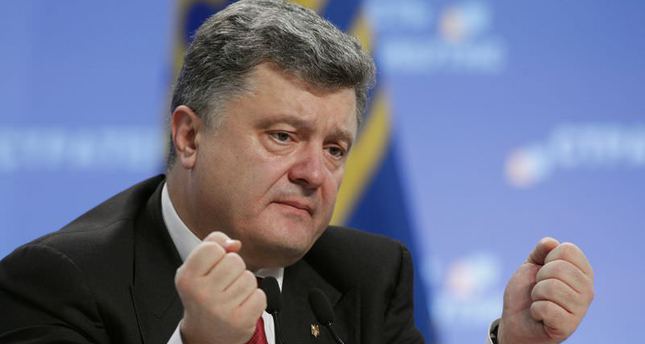 Ukraine has announced a series of reforms that will allow it to apply to join the European Union by 2020, President Petro Poroshenko said.

Some 60 reform packages will be implemented from November, said Poroshenko at a news conference on Thursday.

The EU has previously said it has no plans to admit Ukraine.

The reforms will focus on tackling corruption in public office, as well as decentralizing power and reforming laws enforcement.

The president said the alternative to reform was to "remain alone with Russia."

In a wide-ranging address, Poroshenko also dismissed the notion that granting special powers to the eastern provinces of Donetsk and Luhansk would be a step towards the region leaving Ukraine. On September 16 the Ukrainian parliament ratified autonomy for the provinces for three years.

Using the collective name for Donetsk and Luhansk, he said, "Donbass does not have a special status. A special regime will only be implemented within the scope of local administration."

Poroshenko said Ukraine would not accept the deployment of Russian troops as peacekeepers in eastern Ukraine.

He told reporters, "Currently Ukraine has some 500 OSCE [Organization for Security and Cooperation in Europe] observers. Soon some drones will also be placed. The ceasefire in the east is being monitored by the OSCE."

However, he said OSCE and Russian observers will start cease-fire monitoring missions Friday in Debaltseve, Donetsk.

He added that a meeting with Russian President Vladimir Putin will be held within three weeks to discuss the cease-fire.

Ukraine, Russia and OSCE representatives gathered for the second time last Friday to decide on a five-point memorandum that includes a ban on the use of military equipment as well as the withdrawal of heavy weaponry and the formation of a no-fly zone over the demilitarized areas.

Fighting broke out in eastern Ukraine in April following Russia's annexation of Crimea in March. The U.S., EU and Ukraine allege Moscow has since backed pro-Russian separatists with arms, training and even direct military support.