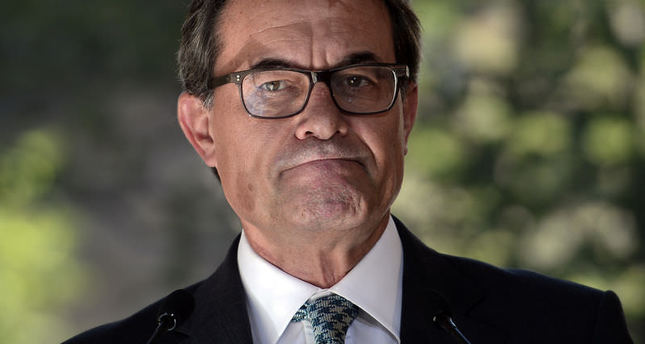 by Compiled from Wire Services Sep 27, 2014 12:00 am
The Spanish government Saturday said Catalonia would not be allowed to hold an independence referendum, shortly after the region's leader set a November 9 date for the vote.

No one is "above the national will of all Spaniards," Deputy Prime Minister Soraya Saenz de Santamaria told a news conference shortly after Catalonia's president formally called the vote. "This referendum will not take place because it is unconstitutional."

The president of Spain's Catalonia region, Artur Mas, signed a decree on Saturday calling an independence referendum on Nov. 9, a vote the central government has said would violate the constitution and has promised to block.

A long-standing pro-independence movement in the north-eastern region has gathered momentum during recent years of economic hardship.

Spain's Prime Minister Mariano Rajoy has called a special cabinet meeting on Monday to formalize his government's legal challenge to the vote in the constitutional court.