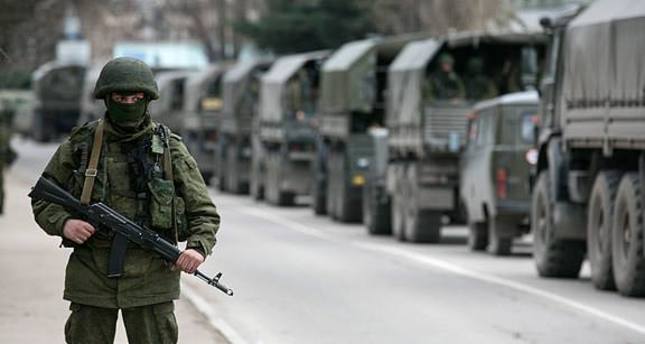 Russia continues to intervene militarily in ex-Soviet countries like Ukraine and Moldova claiming to protect its fellow Russians, thereby extending its sphere of influence

Russia intervening outside of its borders to protect people of Russian descent in neighboring countries is undermining the principle of sovereignty and territorial integrity of ex-Soviet states. Russia still deploys its troops in neighboring states with Russian minority regions. The Crimean peninsula, Moldova's breakaway Transdniestria region and the Donbass region in eastern Ukraine share the same fate: they face Russian aggression toward their central governments under the Russian government's claim of protecting fellow Russians. However, the international law that underpins the principle of maintaining territorial integrity has been challenged by Russian military intervention in other countries.

Since the current crisis erupted in eastern Ukraine, where the majority of the population identifies as Russian, Russia has sent troops and military equipment to the Donbass region of Ukraine. The Donetsk and Luhansk oblasts of Ukraine have declared themselves the Donetsk and Luhansk People's Republics after holding a referendum on May 11. The Donbass region has had significant historical relation with the neighboring Rostov oblast in Russia, as a majority of the population feels ethnically related to Russia. The city of Donetsk, where sporadic fighting continues, is the unofficial capital of the region. After the cease-fire agreement agreed upon by both sides on Sept. 5, Ukrainian President Petro Poroshenko's "special status" law for the Donbass region was not welcomed by separatists groups as they favor complete independence from Ukraine instead of a special autonomy.

Heavy clashes between Ukrainian armed forces and pro-Russian rebel groups have turned the cities into battle zones. During violent fighting in the region, reports indicate that many Russian troops, military vehicles and humanitarian convoys have crossed into Ukraine without Ukrainian government permission. Russian troops have allegedly fought alongside rebels against Ukrainian troops. Ukraine and Western countries have accused Russia of backing and financing rebel militias but Russian authorities have denied all charges.

Regarding Russian involvement in the armed conflict in the Donbass region, Ukrainian Prime Minister Arseniy Yatsenuk spoke at the NATO parliamentary assembly last week, blaming the Russian Federation for increasing tension in the conflict-torn eastern region by allegedly backing and financing rebel groups. "A P-5 member violated the United Nations Charter," he said, targeting Russia and condemning its actions, which are "absolutely and entirely unacceptable," referring to the violation of Ukraine's territorial integrity and sovereignty.

Russian annexation of the Crimean peninsula and the Crimean referendum are other indicators of Russia still prompting fears among ex-Soviet countries. The referendum on the status of Crimea, held on March 16, 2014, allowed the secession of Crimea from Ukraine, as more than 96 percent of people who voted in Crimea voted for integration of the region with the Russia. Following the referendum, Russia approved a draft bill that recognizes Ukraine's autonomous region of Crimea as an independent state. U.N. General Assembly Resolution 68/262 on Ukraine's territorial integrity condemned the referendum and only recognized Crimea as within Ukraine's borders. After the referendum, Russian troops took de facto control of the Crimean peninsula.

Another ex-Soviet republic, Moldova, has been sharing the same fate as Crimea due to the breakaway territory known as Transdniestria. The region gained autonomy after an intense conflict between ethnic Russians and the central government erupted in 1992. Since then, Russia has deployed troops to the region with the stated aim of protecting fellow Russians from possible armed conflict – the 200,000 people living in the region are ethnic Russians and hold Russian citizenship. After the Crimean referendum, the Transdniestria region demanded a referendum to join Russia as many residents of Russian descent favor Russian accession, which the Moldovan government is severely against.

Apart from frontier states, Russian intervention is spreading growing fear among ex-Soviet Baltic states as well. Amid the Ukraine crisis, Dalia Grybauskaite, Lithuania's president and a former EU budget chief, has been seen by many Lithuanians as the only candidate able to fight Moscow's destabilizing attempts in the Baltic region. Known for her tough stance against Russia, Grybauskaite urged NATO to boost its presence against the Russian threat in the region due to security concerns. Lithuania, with a border with the Russian exclave of Kaliningrad, has been of crucial importance for Russia.