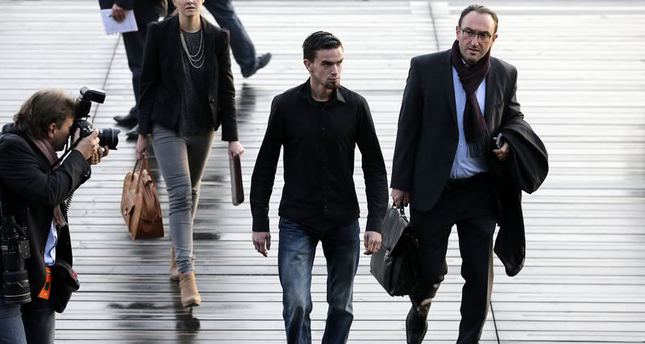 As European countries attempt to deal with the threat posed by Islamic State of Iraq and al-Sham (ISIS) militants, the trial of 46 Muslim Belgians linked to a Muslim organization called Sharia4Belgium began on Monday with charges of joining the ranks of and recruiting Belgian youth to fight with ISIS militants in Syria and Iraq. Nine of the 46 suspects were present for the opening of the trial on Monday. The rest are believed to have left to join ISIS militants in Syria or have possibly been killed in clashes already.

The prosecutor said that that the members of the Muslim organization could be sentenced to a maximum of 15 to 20 years in prison. The group's alleged leader, Fouad Belkacem, was brought to court on Monday in handcuffs. The court brought forth many cases of families of some Belgian fighters. They accused the Sharia4Belgium organization of brainwashing their children and convincing them to join the fighting overseas. After the court hearing closed, one mother of a Belgian fighter who is supposedly in Syria said, "You have made my life a living hell!" as reported by the Associated Press.

The evidence is based on the testimony of a young Belgian, Jejoen Bontinck, who was recruited and sent to Syria in order to join the fight. After his father, Dimitri Bontinck, spent one year searching for his son in Syria, he managed to find him and convinced him to return to Belgium. He was arrested upon his arrival and released on the condition of testifying in court against those who recruited him and sent him to the Syria.

Belgian authorities fear that many fighters allegedly join the fight through recruitment networks linked to ISIS and might carry out terrorist attacks after they return to Belgium. As the numbers of Belgian nationals leaving to join ISIS is on the rise, it is believed that radicalized Belgian Muslims have been posing a grave national security threat. Daily Sabah tried to get in touch with the Belgium Embassy in Ankara but they would not give a statement on the issue. The Wall Street Journal said that Belgium has become a hub for European fighters heading to Syria in order to join ISIS militants.

Ever since the rise of ISIS, European countries have been suffering from increasingly becoming ISIS-recruiting hubs targeting the radicalized Muslim communities there. The number of Europeans who have joined ISIS in Syria and Iraq has led to growing concerns in Europe. According to an analysis by Business Insider, more than 300 young people have joined ISIS from Belgium, a small European nation with a population of 11 million. It is believed that the low integration rate of Muslims to Belgium in a reason why significant number of young people prefers being radicalized and joined ISIS. The U.K., Netherlands, France and Germany also have great concerns over groups similar to Sharia4Belgium in their own countries.

Sharia4Belgium was founded in Antwerp, Belgium as an active underground organization that supports ISIS and recruits fighters for the war in Syria. Belgian authorities disbanded the group in 2013. According to a report on Belgians in Syria released on May 7, 2014, 399 Belgians have joined the war in Syria. Among them, 59 fighters are affiliated with Sharia4Belgium. Most of the Belgian fighters are reportedly from the bigger cities like Antwerp, Mechelen, Vilvoorde and the capital Brussels where the majority of Belgian Muslims live. Fifty-four of the Belgian fighters have been located in Syria, according to a report on the Belgians in Syria.