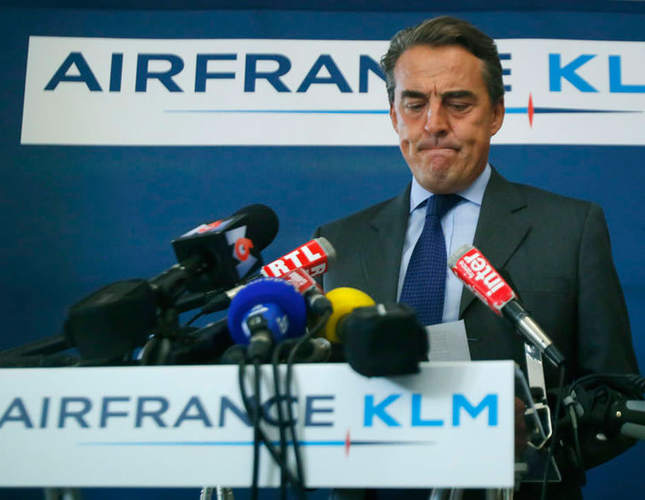 by Oct 08, 2014 12:00 am
Struggling French flag carrier Air France on Wednesday said last month's two-week strike would have an impact of around 500 million euros on its bottom line for this year.

Taking into account the lost revenue during the strike and the knock-on impact of disgruntled passengers staying away in future, the impact over 2014 will be "in the order of 500 million euros" ($632 million), said financial director Pierre-Francois Riolacci.

"We need a few more days to finalise completely our estimates. But we think the impact on the third quarter will be in a range of 320-350 million euros," Riolacci said.

He warned the knock-on consequences were harder to put a figure on but said there would be an impact both on the last quarter of the year and the first part of next year as Air France, Europe's second-largest airline, battles to win back its reputation.

"We made some savings (like in aviation fuel) because the planes were not flying," he noted.

"On the other hand, we had additional costs: putting passengers up, compensation or buying tickets from our competitors for some of our passengers, which we did not always get at the best price," he said.

Pilots at Air France waged the longest strike in the company's history between September 15 and 28 in protest at the group's plans to expand its low-cost subsidiary Transavia France.

The airline sees the development of Transavia France as crucial to compete in the cut-throat world of aviation which has been revolutionised by the arrival of low-cost operators like easyJet and Ryanair.

But the pilots, some of whom earn up to 250,000 euros per year, were worried their flights could be replaced by Transavia services or that the company would seek to use the cheaper Transavia pilots.