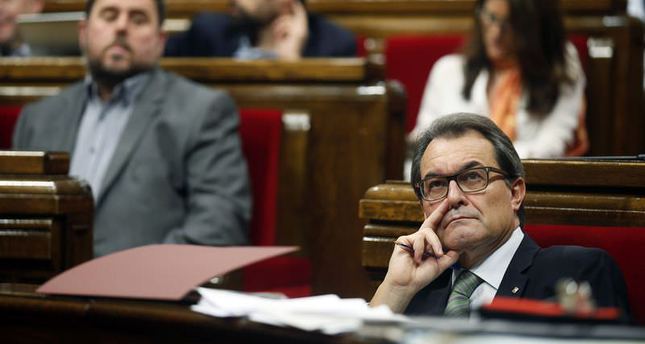 by Oct 14, 2014 12:00 am
The leader of Spain's Catalonia region will call off a referendum on independence from Spain planned for Nov. 9 and look for alternative ways to consult Catalans, a key regional political party said on Monday.

Esquerra Republicana de Catalunya, a pro-independence party that backs the regional government of Artur Mas said the Catalan leader had told it and other political forces during talks on Monday that he would not organise the referendum as planned.

Mas will instead offer to hold a "consultation of citizens," an ERC spokesman told Reuters.

The referendum was suspended last month by Spain's constitutional court, but the regional government of Catalonia had not announced a decision to abandon the planned vote.

A spokesman for Mas declined to comment on the news. The spokesman said Mas would hold a press conference on Tuesday at 0800 GMT.

Catalonia, which accounts for around a fifth of Spain's economy, has its own language and distinct culture and has long fought for greater autonomy.

But the Spanish government has opposed the move because it contends no one group of Spaniards should make decisions on sovereignty that affect the whole country.

About half of Catalans want more independence from Spain and a vast majority favour holding a vote on their future, polls show.