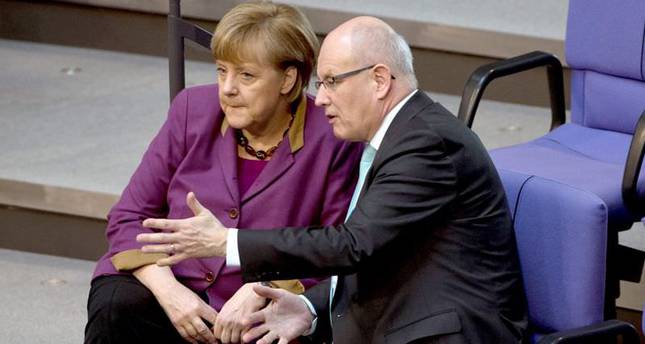 The prominent German politician Volker Kauder, frequently referred to as the 'right hand' of Chancellor Angela Merkel, said Germany can send weapons to the Kurdish militant organization PKK, which is deemed as a terrorist organization by Turkey, EU, and US.

In response to Der Spiegel reporter's question "Should PKK be provided with weapons?", Kauder said, "I am aware of Turkey's problems with PKK, however, we should see that ISIS which is attacking the most important city at the Syrian-Turkish border (Kobani) is a threat to the world."

"However, this support should not be undertaken against Turkey, but with it. This support includes aid to PKK."

All arms deliveries have their risks, according to the CDU politician. Kauder said, "No one can give you a 100 percent guarantee that weapons will remain at the region to where they had been delivered, but if ISIS cannot be stopped, risks are bigger."

In response to the reporter's comment that "PKK is in EU's list organization", Kauder stated all the parties, including Turkey, should continue with the reconciliation process. Kauder said, "Everyone will benefit from this. We should see that the greatest danger is the inhumane ISIS."