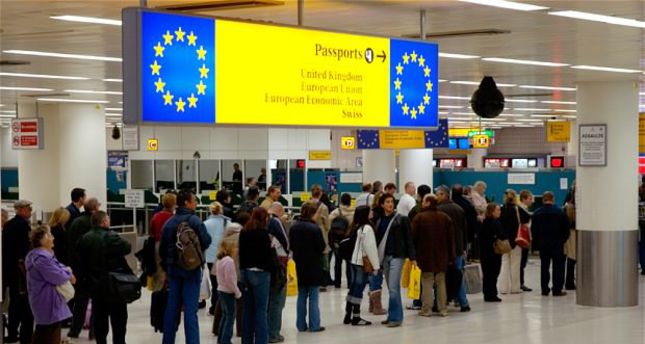 In response to Britain’s latest effort to change EU immigration policy, the incoming European Commission vows to defend the EU’s fundamental rules on the free movement of people

Following severe criticism from the outgoing president of the European Commission, José Manuel Barroso, over the British government's planned immigration cap, Jean-Claude Juncker, the incoming European Commission president, said that any change in any of the EU's fundamental rights would destroy the very foundation of the union, signaling a compromise with the British government over reforming the principle of free movement would be unlikely. Juncker's statement on the issue came after the ministers of European Parliament approved the appointment of Juncker's new commission team, which will take over the office as of Nov. 1.

"As far as the freedom of movement is concerned [...] I do think this is a basic principle of the EU since the very beginning and I am not prepared to change this because if we are destroying the freedom of movement other freedoms will fall in a later cause. So I am not ready to compromise in an irresponsible way," Juncker said at a press conference on Wednesday at the European Parliament.

As Cameron hardens his position on immigration, Barroso said that the new EU immigration cap would breach EU law and therefore a change in the free movement of EU citizens would be impossible to implement as it creates "first and second-class citizens" within the EU. The free movement of people is guaranteed as one of the founding principles of the Treaty of Rome in 1957. "When this discussion progresses, some governments in Europe will say clearly: There is a limit to what we can offer you," Barroso said, indicating that no member state including Britain can go beyond the "red lines" that are the founding principles of the European Union.

Migration to Britain from other countries in the EU has been a sensitive issue as there has been growing concern over the increasing number of immigrants living in the country. This has led to an increase in votes for the anti-EU and anti-immigration U.K. Independence Party (UKIP) over the past year. Amid Britain's call for EU reforms, Britain wants its demands to be heard in order to encourage its citizens to cast a "no" vote in the in/out referendum on British membership in the EU. "What we need in Britain is a renegotiation of our relationship with the EU and then a referendum where the British people decide [if] we stay in this reformed organization or we leave it," Cameron said on Monday in response to severe criticism from Barosso.