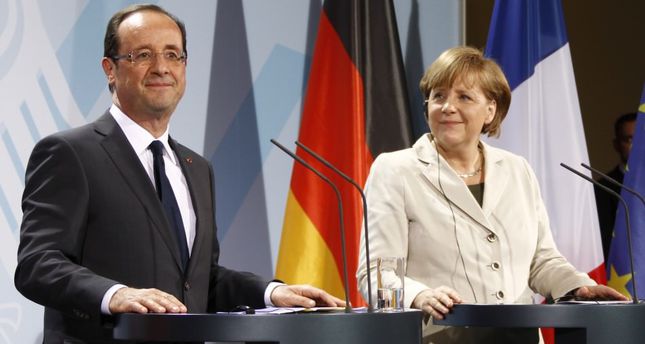 Stagnating growth, high unemployment and budget tensions were the main discussion topics among the EU's 18-country eurozone as the countries gathered on Friday to challenge the economic situation on the continent and decide on 2015 financial plans. France urged for more flexible economic policies focusing on growth.

Germany, France's recent historic partner, has been pressing eurozone member states to stick to budget rules while stressing the importance of solid fiscal consolidation between all member states in order to create a more unified and thus stronger, EU. Despite calls for an easing of fiscal austerity and budget rules, Germany has still pushed for austerity measures aimed at eliminating unsustainable budget deficits in efforts to revive EU economies. "We had times in Europe where deficits were very high and still we did not have growth. That is why we have to learn from the past," German Chancellor Angela Merkel said Thursday while advocating for continued fiscal consolidation.

Before the economy talks took place, France signaled to determine its own fiscal indiscipline, resisting spending cuts to meet EU budget deficit targets. "It is we who decide on the budget," Prime Minister Manuel Valls declared. "Nothing today can lead to [...] a demand for France to review its budget. That's not the way it happens. France should be respected. It's a big country."

The French economy has long been hit by austerity measures in keeping with Germany's demands and the EU's goal of reducing the deficit. The stagnant economy during the first quarter of this year showed a slow rate of economic growth and low inflation, according to the French National Institute for Statistics and Economic Research (INSEE) official report released in August. The reports shows that the French economy has deteriorated as the state's spending cuts lead to an increase in the unemployment rate with 3 million French citizens currently unemployed. The production, investment rates and the consumer price index lowered to 0.3 percent in July 2014. The feeling is that the austerity measures imposed by the socialist government and the EU has led to a catastrophe not only for France but in many European countries, as more cuts in spending have failed to bring sustainable economic growth.