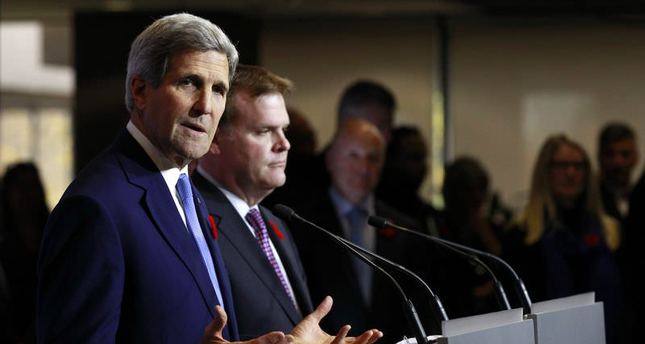 by Oct 28, 2014 12:00 am
US Secretary of State John Kerry warned Tuesday that an election planned by separatists in eastern Ukraine would be unlawful, and that Moscow's recognition of the results violates international agreements.

"This will be a clear violation of the commitments made by both Russia and the separatists that it backs in the Minsk agreements," Kerry said during a visit to Ottawa.

Pro-Russian separatist rebels in the eastern Donbass region of Ukraine are holding the leadership election Sunday in an attempt to legitimize their de facto control of a swathe of territory.

Kiev said the vote would "undermine" attempts to end a six-month war there, after the rest of the country voted last Sunday in elections hailed for installing pro-Western lawmakers in parliament.

He added that "the United States and the international community will not recognize separatist elections unless they happen in the framework of the special status law passed by Ukraine's parliament and signed by president (Petro) Poroshenko."