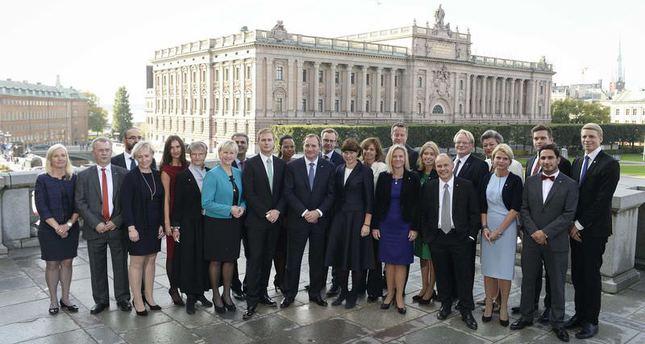 by AA Oct 30, 2014 12:00 am
Sweden's newly elected center-left government has officially recognized Palestine as a state on Thursday, making it the first EU member to do so.

"Today the government takes the decision to recognize the state of Palestine," Foreign Minister Margot Wallstrom said in a statement published in the Swedish daily, Dagens Nyheter.

By recognizing Palestine as a state, Wallstrom said Sweden wanted to first give its support to "the moderates among the Palestinians." She referred to those "who will govern the complex Palestinian policy and those who soon will again have to sit down at the negotiating table," in the statement released Thursday.

On October 3, Sweden's Prime Minister Stefan Lofven had announced that his country would recognizePalestine as a state.

"The conflict between Israel and Palestine can only be solved with a two-state solution, negotiated in accordance with international law," Lofven said. "A two-state solution requires mutual recognition and a will to peaceful coexistence. Sweden will therefore recognize the state of Palestine."

The decision comes after the Social Democrats won the Swedish parliamentary elections, in alliance with the Greens and the Left Party on September 14.

Countries such as Hungary, Poland and Slovakia also recognize Palestine as a state; however they had done so before joining the European Union.

Although the U.N. General Assembly approved the de facto recognition of the sovereign state of Palestine in 2012, the European Union has not followed suit

''This represents a further highly detrimental step that undermines prospects for a two-state solution and calls into question Israel's commitment to a peaceful negotiated settlement with the Palestinians,'' the European Union External Action said in a statement released Thursday, October 2.