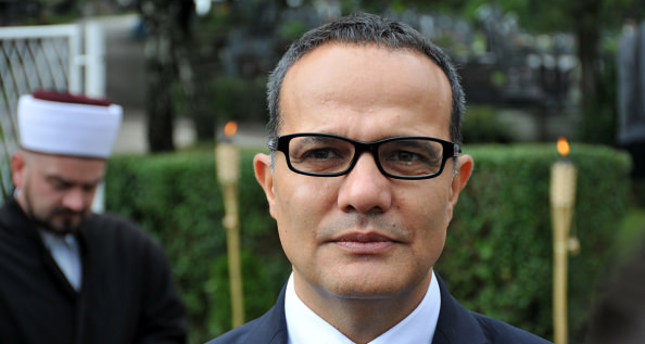 by AA
Nov 22, 2014 12:00 am
Serbia summoned the Turkish ambassador to Belgrade on Saturday, after relations between the two countries were rocked by the death of a sports fan in Istanbul.

A 25-year-old Serbian basketball fan was killed in Istanbul on Friday night before a Turkish Airlines Euroleague game.

Ambassador Bozay told reporters after his meeting that he had informed Serbian authorities about the most recent developments after the incident.

Bozay offered his condolences and said: "I told them the investigation into the incident is ongoing and that I will inform them of any developments."

The ambassador added that Turkish authorities are doing all they can to transport the Serbian fan's body.