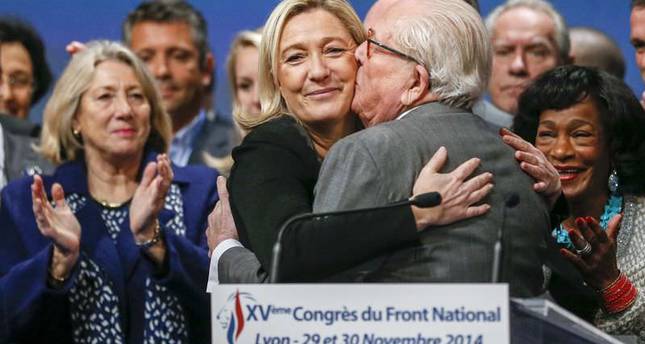 by AA
Nov 30, 2014 12:00 am
Marine Le Pen was re-elected Sunday as the party leader of extreme right-wing National Front.

The 46-year old leader was the only candidate and received 22,312 votes of 22,329 at the election where delegations used their votes by mail.

The party was founded in 1972 and led by her father Jean-Marine Le Pen, 86, until 2011 when she took over the leadership of the National Front.

As a successor to her father, she is considered to be "more moderate" than father Le Pen.

Her success is seen by many as a result of the economic hardships amid poor performance of the left-wing governments and the leadership crisis in the right-wing parties.

During the 2014 European Parliament election, the National Front scored more votes than any other party in France and secured 24 of France's 74 seats.