Half of Lufthansa flights suspended due to pilot's strike 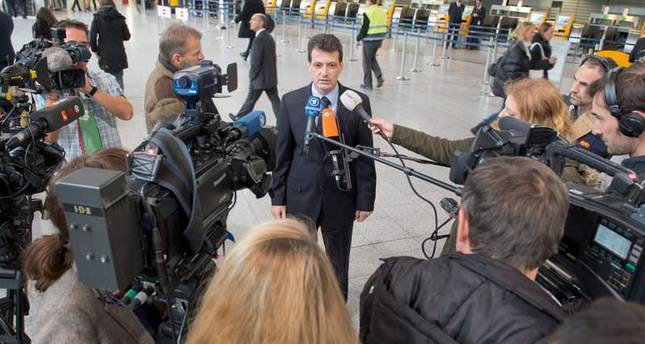 by Daily Sabah with AA Dec 01, 2014 12:00 am
German airline Lufthansa announced on Monday that it has suspended almost half of its flights because of a 36-hour strike by pilots in a row over pensions and retirement age.

It added that the airline was still able to operate around 1,450 flights despite the strike.

Flights of sister companies like Germanwings were not affected by the strike, Lufthansa said.

"We're very sorry for disappointing more than 150,000 of our customers," Karl Ulrich Garnadt, board member of Lufthansa, said in a statement.

The pilots' union Vereinigung Cockpit announced that the 36-hour strike that began Monday at 1100 GMT will last until Tuesday at 2259 GMT.

The union, which represents 5,400 pilots at Lufthansa, criticized the airline's management for not positively responding to its proposals for a compromise solution.

"We regret the inconvenience caused for the passengers and we call on the Lufthansa management to abandon its blockade mentality and make its contribution to solve the dispute," the union said in a written statement.

The pilots' union and the Lufthansa management entered into new round of talks in October to solve the months long row over plans to change the existing pension scheme that allows pilots to retire at 59, six years earlier than the official retirement age.

According to the union, Lufthansa wishes to change the agreement to two years before the official retirement age.

The union staged seven strikes this year at Frankfurt and Munich airports, leading to the cancellation of hundreds of flights.