France to vote on recognizing Palestine as a state 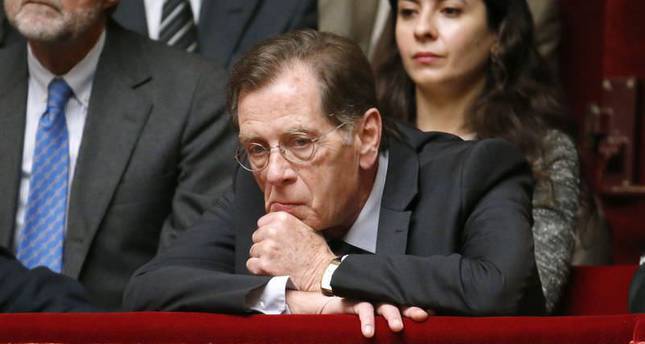 by Dec 02, 2014 12:00 am
French lawmakers are set to vote on Tuesday to call on the government to recognize Palestine, a symbolic move that will not immediately affect France's diplomatic stance but which demonstrates growing European impatience with a stalled peace process.

While most developing countries recognize Palestine as a state, most Western European countries do not, supporting the Israeli and U.S. position that an independent Palestinian state should emerge from negotiations with Israel.

But European countries have grown increasingly frustrated with Israel, which has pressed on with building settlements in territory the Palestinians want for their state since the collapse of the latest U.S.-sponsored talks in April..

Palestinians say negotiations have failed and they have no choice but to pursue independence unilaterally.
In October, Sweden became the biggest Western European country to recognize Palestine, and parliaments in Spain, Britain and Ireland held votes in which they backed non-binding resolutions in favor of recognition.
In an interview in Les Echos daily on Tuesday, Swedish Prime Minister Stefan Lofven defended the move.
"What is working so well in the current plan?" Lofven asked. "It's time to do something different. We wanted to make the balance less uneven between the two parties."

Israel has strongly opposed all such moves and Prime Minister Benjamin Netanyahu called the French vote a "grave mistake".

The motion in France, which has been proposed by the ruling Socialists and backed by left-wing parties and some conservatives, asks the government to "use the recognition of a Palestinian state with the aim of resolving the conflict definitively".

Speaking to parliament ahead of the vote, French Foreign Minister Laurent Fabius said the government would not be bound by the vote. However, he said the status quo was unacceptable and France would recognize an independent Palestine without a negotiated settlement if a final diplomatic push failed.

He backed a two-year timeframe to relaunch and conclude negotiations. Paris is working with Britain and Germany on a text that could be accelerated if a separate resolution drafted by the Palestinians is put forward.

"If this final effort to reach a negotiated solution fails, then France will have to do what it takes by recognizing without delay the Palestinian state," Fabius said.

The vote in Paris, due around 11 a.m. ET, has raised domestic political pressure on the French government to be more active on the issue. A recent poll showed more than 60 percent of French people supported a Palestinian state.

France has the largest Jewish and Muslim populations in Europe and flare-ups in the Middle East aggravate tensions between the two communities.

Right-wing lawmakers have criticized the Socialist majority for, in their view, backing Palestinian recognition in order to win back support from Muslim voters who were dismayed by a gay marriage law passed last year and President Francois Hollande's apparent support for Israel's intervention in Gaza.