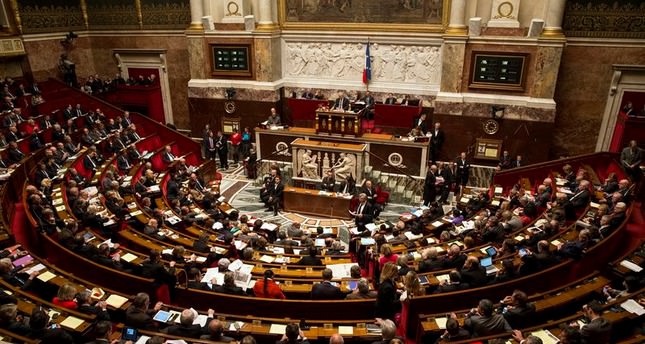 by Associated Press Dec 02, 2014 12:00 am
France's lower house of Parliament has voted to urge the government to recognize a Palestinian state, in the hope that it speeds up peace efforts after decades of conflict.

Tuesday's French vote, approved with 339 votes to 151, is non-binding. But it is a symbolic boost for the Palestinians, amid growing support in Europe for two states. The measure asks the government "to recognize the state of Palestine in view of reaching a definitive settlement to the conflict."

The French government supports a Palestinian state but says it's too early for recognition. France, a veto-wielding member of the U.N. Security Council, wants peace talks to restart first.

Israel is committed to the establishment of a Palestinian state under a peace agreement, but says such resolutions encourage the Palestinians to avoid negotiations.
Last Update: Dec 03, 2014 9:54 am
RELATED TOPICS