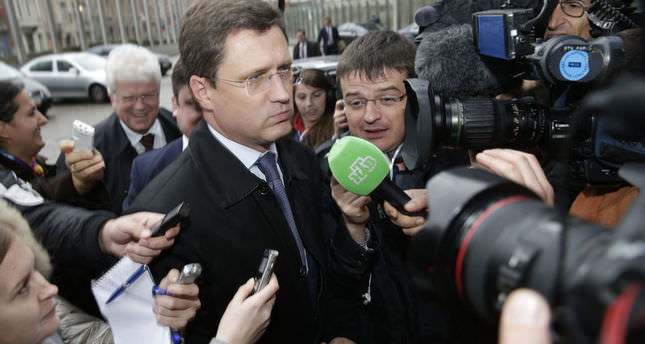 by AA Dec 04, 2014 12:00 am
Russia aims to sell natural gas to Turkey at a six percent discount rate that could later be increased further to 15 percent, Russian Energy Minister said on Thursday.

"If the market conditions get more beneficial, we could increase our six percent discount offer to 15 percent afterwards," Alexander Novak said in Moscow.

Russian President Vladimir Putin announced on Monday during his visit to Ankara that Russia would reduce the price of natural gas sales to Turkey by six percent.