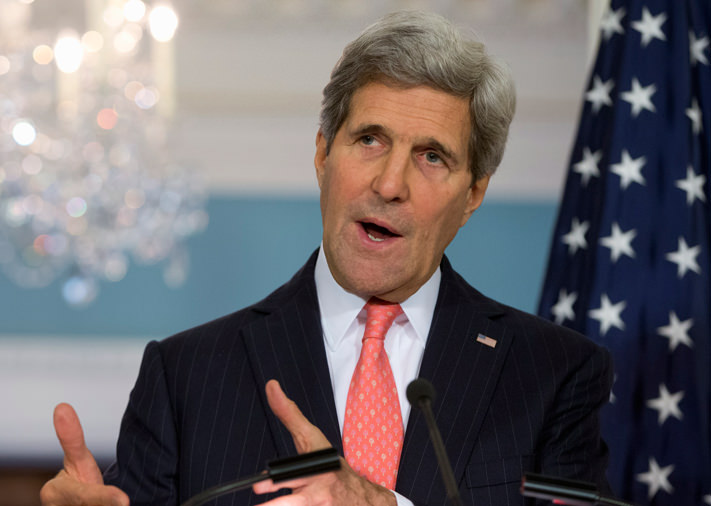 In response to last minute attempts of officials to delay the release of a Senate report on the CIA’s use of torture by U.S. officials, Human Rights Watch called for the release of the report as planned

Human Rights Watch (HRW) called on the U.S. Senate's intelligence committee not to further delay the release of its report summary on the CIA's harsh detention and interrogation program applied on al-Qaida detainees. HRW said that the immediate release of the report "is a crucial first step toward providing accountability for grave international crimes." Any further delay of the report would damage "U.S. credibility as a rights-respecting country," HRW stated in a press release on December 6.

"Last minute attempts to delay the release of the Senate torture report show just how important this document is to understanding the CIA's horrific torture program," said Sarah Margon, Washington director at HRW. "U.S. foreign policy is better served by coming clean about U.S. abuses rather than continuing to bury the truth."

The report was prepared by Democrats in order to reveal the CIA's use of torture on al-Qaida detainees held in secret facilities in Europe and Asia in the years after the 9/11 terrorist attacks. About 500 pages of the 6,300-page "Torture Report" are to be made public.

U.S. Secretary of State John Kerry allegedly asked Senate Select Committee on Intelligence Chairman Dianne Feinstein to "consider the timing of the first public accounting" of CIA report while demanding a delay to the report summary's release. Regarding these allegations, the State Department underlined concerns about potential backlash to Americans and U.S. interests around the world. "When there is a release of this report to ensure that our personnel, our facilities and our interests are prepared for the range of reactions that might occur. So certainly, that's been an ongoing process. As I said, we did it, I think, back in the summer when we thought it might come out in August, I believe, and have been doing it now as well. So that's an ongoing process that we are undertaking," State Department deputy spokeswoman Marie Harf said in a press briefing on December 5.

Regarding the CIA Detention and Interrogation report, Feinstein said the report "includes details of each detainee in CIA custody, the conditions under which they were detained, how they were interrogated, the intelligence they actually provided and the accuracy – or inaccuracy – of CIA descriptions about the program to the White House, Department of Justice, Congress and others."

The White House also supported the release of the report as planned. "The president has long advocated the declassified release of this report, so we certainly welcome the news from the committee that they're planning to do so next week," said Josh Earnest, White House spokesman.

"The test for any nation committed to this Convention and to the rule of law is not whether it ever makes mistakes, but whether and how it corrects them." Tom Malinowski, assistant secretary of state for democracy, human rights, and labor said stressing the importance of U.S. compliance with the Convention against torture and other cruel, inhuman or degrading treatment or punishment, as HRW stated in a press release.