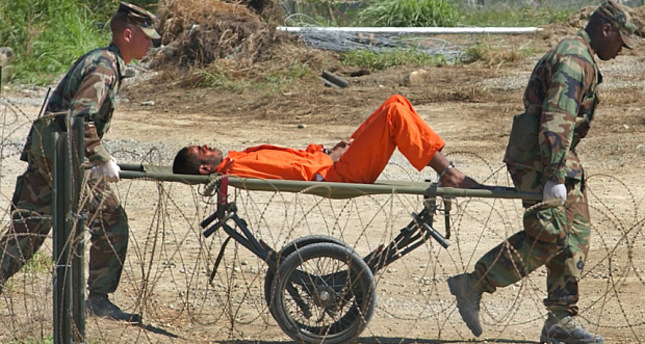 Despite the report on CIA torture methods violating the human rights of detainees, the international community including European countries and U.S. officials remain silent on the allegations

Leaders, activists and politicians around the world are outraged by a recent report released by the U.S. Senate Intelligence Committee revealing the methods of torture used by the CIA on detainees and referred to as "enhanced interrogation" techniques.

The detainees were often beaten, subjected to sleep deprivation for more than 180 hours, exposed to insects in a confined room, water boarded and degraded through the nonmedical use of "rectal feeding" and "rectal rehydration." The 500-page summary report described detainees being told they would never leave alive and that their mothers would be raped. The report also discussed the way some detainees were stripped naked, shackled and then led along dirty hallways while being beaten by CIA officials.

The report has attracted global attention and condemnation, but accountability for the officials responsible for the authorization of the criminal behavior in the Guantanamo Bay detention camp in Cuba and "secret CIA prisons" is not always called for.

Even though White House press secretary Josh Earnest said: "The commander-in-chief [President Barack Obama] concluded that the use of the techniques that are described in this report significantly undermines the moral authority of the United States of America," the U.S. is not yet doing anything to prosecute or investigate those responsible, angering human rights advocates.

According to Amnesty International, the report offers "damning detail of some of the human rights violations that were authorized by the highest authorities in the U.S. after 9/11."

Since the release of the report, some countries have been reconsidering their collaboration with the U.S. intelligence agency. Ole Hoff-Lund, spokesman for Amnesty International, told Anadolu Agency that the report is a milestone opportunity for European governments to introduce a more critical approach to cooperating with the U.S. intelligence agency.

European governments have been hesitant to investigate CIA-transports across European airspace, referring only to "a foreign intelligence service," instead of the CIA. "Now that the true status of this agency is blown wide open, the argument can no longer be used," Hoff-Lund said. "The CIA as an organism is clearly infected by a rotten culture."

According to lawyer Thorkild Høyer, Danish chairman of Dignity – Danish Institute Against Torture, leaders in the West are facing a moral dilemma. "How are we to promote democracy and Western values throughout the world when we allow this kind of misbehavior in a government institution?" He said it is time for Western leaders to distance themselves from the automatic "we believe in the U.S." approach that has controlled European politics for the last decade.

While human rights groups share the greatest outrage, European leaders are not as loud as they were expected to be. Although Germany called the findings of the report a "gross violation of our liberal, democratic values," German Foreign Minister Frank-Walter Steinmeier praised Obama for publishing the information, calling it a "transparent move" that differed him from former president, George W. Bush. He did not however, call for any accountability.

Meanwhile, French far-right leader Marine Le Pen said in an interview on BFMTV that she "did not condemn" the use of torture when questioning terror suspects. "Of course [torture] can be used," she said. "It's been used throughout history."

Prime Minister David Cameron of the U.K. commented on the report only when a reporter asked about it during his visit to Turkey. "I'm satisfied that our system is dealing with all of these issues," he responded. Cameron sounded a lot like Obama when he said that the horrors of the report should be left in the past, focusing on the future. "I, as prime minister, have issued guidance to all of our agents and others working around the world about how they have to handle these issues in future," he said.

Perhaps some European countries are not only afraid of damaging their ties with the U.S. if they hold those responsible accountable, because they may be held accountable as well. Former Polish President Aleksander Kwasniewski, confirmed on Wednesday that during his term in office, Poland offered to host one of the secret CIA facilities, but did not authorize harsh treatment of inmates. Kwasniewski said the activity in Poland was terminated under pressure from Poland's leaders. Polish Prime Minister Ewa Kopacz said the Senate report would not harm U.S.-Polish relations.
Amnesty International said in its report that Italy, Lithuania, Romania, Sweden, and the U.K. were among the EU states that worked with CIA agents in carrying out the detention and torture program.

Despite the reluctancy of the European leaders to comment on the report, Turkish Foreign Ministry issued a statement, harshly criticizing the reveals of the report. The statement said "The protection of fundamental rights and freedoms is one of the most basic responsibilities of contemporary democracies. Therefore, the practices enumerated in the report cannot be condoned in any way. Torture and other brutal, inhuman or degrading treatments or punishments are unacceptable under any circumstance. Besides being a humanitarian and legal responsibility, the protection of human rights is also extremely important in obtaining results in combating terrorism. To avoid the repetition of such acts, it is necessary to bring to justice those who, as stated in the report, violated laws and democratic practices by completely ignoring established universal norms. After the perusal of the report, our would-be assessments may be shared with the public."