EU's Juncker: Britain not to discriminate against foreign workers 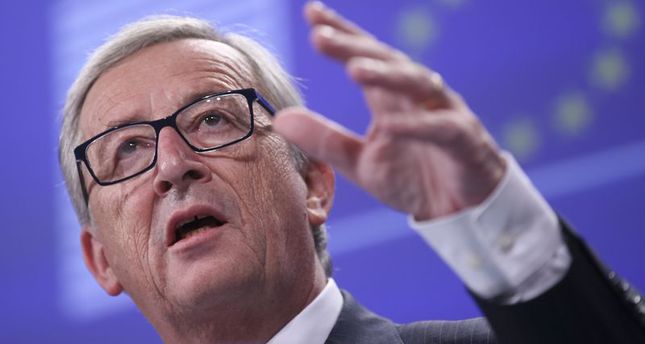 by Dec 13, 2014 12:00 am
European Commission President Jean-Claude Juncker warned Britain not to discriminate against workers from fellow EU countries and said any moves to restrict the free movement of people could ultimately harm capital flows into London's financial centre.

His remarks during a panel discussion on Austrian television came after British Premier David Cameron laid out a blueprint for restricting EU migrants' access to welfare benefits but stopped short of proposing quotas if Britain felt too many people were settling in the country.

He said the Commission wanted to discuss the matter calmly with Britain but added that migrants from eastern European countries go to other EU states to work and should not be treated as criminals.

"One should stop - especially Britain, which was always for expansion of the European Union - discriminating against countries only because it comes across well in the current context if you beat up on others," he said.

"I am strictly against that one should - and this is the key point - act as if all Poles, all Romanians, all Bulgarians who are on the European labour market are doing this out of a basically criminal disposition. These are people who are working to get paid," Juncker said.

A spokeswoman at the office of the British prime minister declined to comment.

Under the European Union's freedom of movement rules, EU citizens are entitled to work anywhere in the bloc. That has seen hundreds of thousands of EU nationals come to work in Britain, which has the group's fastest-growing economy.