Russia: we will counter act if US imposes new sanctions 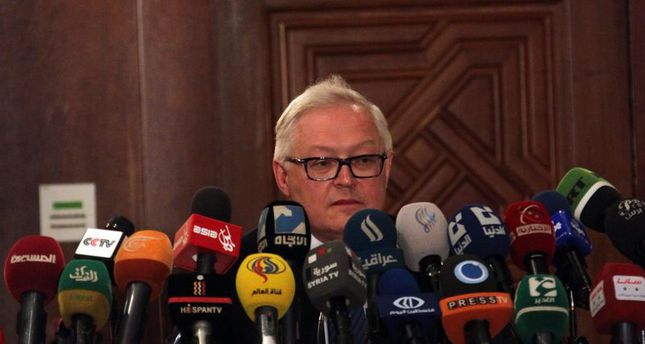 by Dec 13, 2014 12:00 am
Russia will take counter measures if Washington imposes new sanctions on Moscow over the Ukraine crisis, Russia's Deputy Foreign Minister Sergei Ryabkov said, according to an Interfax news agency report published on Saturday.

Late on Thursday, the U.S. Senate and House of Representatives unanimously passed the Ukraine Freedom Support Act, which would impose new sanctions on Russian weapons companies and investors in the country's high-tech oil projects. U.S. President Barack Obama is yet to sign the bill into law.

"Certainly, we will not be able to leave that without an answer," the agency quoted Ryabkov as saying.