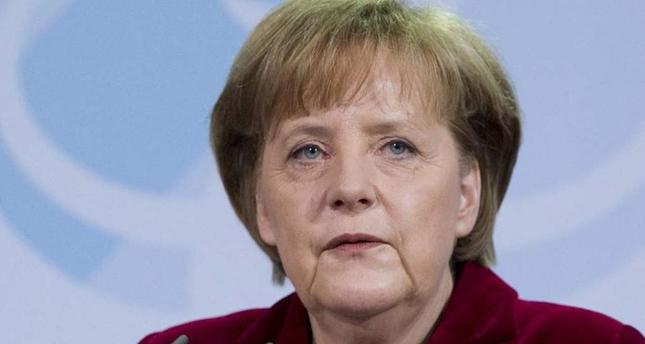 by Daily Sabah Dec 15, 2014 12:00 am
German Chancellor Angela Merkel's restrictive immigration policies have been heavily criticized by the German opposition parties for adopting anti-immigrant rhetoric, thus creating an anti-immigrant political climate in the country. As right-wing extremism increases in German society, Chancellor Merkel's bloc is accused of promoting xenophobia and feeling of hatred toward immigrants residing in Germany.

The majority of Germans have been feeding anti-immigration sentiments while calling for more restrictive immigration policies. The polls suggest that many Germans favor a tough stance on immigration policies while criticizing German government policies for paying little attention to the growing number of refugees and asylum seekers seeking shelter in Germany. 65 percent of Germans believe that Merkel's bloc and right-wing parties have not taken "current record levels of immigration seriously enough" according to the survey by TNS for Der Spiegel magazine published on Sunday. The survey reveals that the majority of Germans consider Islam as a threat to the society.

Regarding growing hatred of Muslims among German society, Germany witnessed anti-Muslim demonstrations centered in the eastern city of Dresden under the motto PEGIDA, standing for "Patriotic Europeans against the Islamization of the West". Up to 10,000 people gathered in Dresden chanting anti-immigration and anti-Islam slogans in order to protest growing number of refugees with different ethnic backgrounds coming to Germany.

Right-wing parties have long been critical of immigration policies in Germany. Favoring integrationist policies for immigrants, Merkel's coalition partner Christian Social Union party sparked a debate stating that immigrants who want to live in Germany permanently are obliged to speak German both in public and with their families at home.

Germany is home to four million Muslims, in a total population of nearly 81 million. It has the largest Muslim population in Western Europe after France. Anti-immigration feelings have long been on the rise not only in Germany but in many European countries. The rise in Islamophobia in European countries still becomes a controversial issue in the European Union as to threatening the security of Muslims.