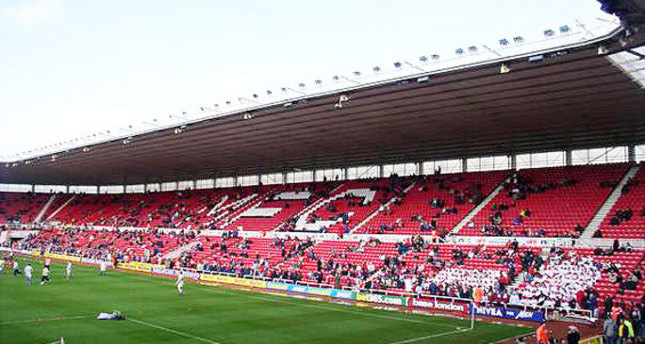 by Daily Sabah with AFP Dec 17, 2014 12:00 am
English football fan Julie Phillips, 51, has been banned from all football stadiums for minimum three years on Tuesday for tearing up a copy of the Koran during an English football match and throwing the pieces in the air.

Police said Phillips, who already had a lifetime ban from Middlesbrough's Riverside Stadium, caused or contributed to other acts of disorder.

Phillips ripped pages from the Islamic holy book and handed them out to fellow away supporters to shred during offensive chanting, Birmingham Magistrates' Court in central England heard.

The incident happened during the second-tier English Championship 2-2 draw between hosts Birmingham City and visitors Middlesbrough at St Andrew's stadium on December 7.

She denied knowing that the book being torn apart was the Koran and claimed she was simply making confetti to throw in the air.

Passing sentence, Gordon Sayers said: "This was a very unpleasant offence and there was a degree of pre-planning involved."

He told Phillips: "We have seen very clear CCTV footage of you ripping up the Koran and you passing pages to a small group of other supporters.

"This behaviour was in a football stadium and was both abusive and insulting."
Last Update: Dec 17, 2014 8:01 pm
RELATED TOPICS