Germany arrests three Turks on suspicion of spying for Turkey 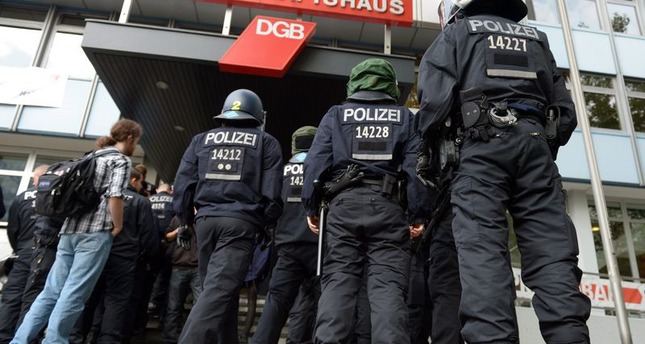 by Daily Sabah with AP Dec 18, 2014 12:00 am
Three Turkish nationals have been arrested on Thursday on allegations of spying in Germany for Turkish intelligence, German prosecutors said.

The federal prosecutor's office said two of the suspects Muhammad Taha G. and Göksel G. — were arrested Wednesday at Frankfurt airport. The third, Ahmet Duran Y., was arrested at his home in western Germany.

Prosecutors did not elaborate or say over what period the alleged spying took place, but said arrest warrants were issued on Nov. 11.
The suspects were ordered kept in custody pending a possible indictment.

Germany has a large minority of people of Turkish origin.

In August, Turkey called in Germany's ambassador and demanded an explanation of a German magazine report that Germany's foreign intelligence agency listed Turkey, a NATO ally, as a target for intelligence gathering. German officials would not confirm that report.