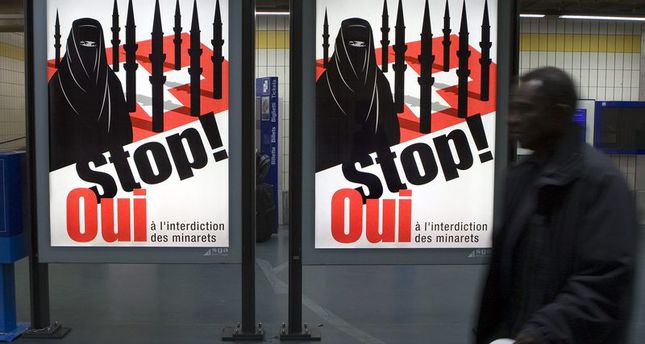 by AA Dec 22, 2014 12:00 am
A great majority of Swiss population is in favor of a ban on burqa in public areas worn by Muslim women, according to Swiss media.

A recent opinion poll in Switzerland has found that over 60 percent of people who participated in the survey said that burqa must be banned in public spaces.

The German and French-speaking parts of the country are ready to vote for a ban on the garment, Swiss media reported.

A member from the right-wing Swiss People's Party is planning to launch a campaign next year for a referendum on banning the burqa.

In 2013, a two-third of people in Italian-speaking Ticino in the country's south voted "Yes" on a public ban, however, the decision is still waiting for an approval by federal authorities.