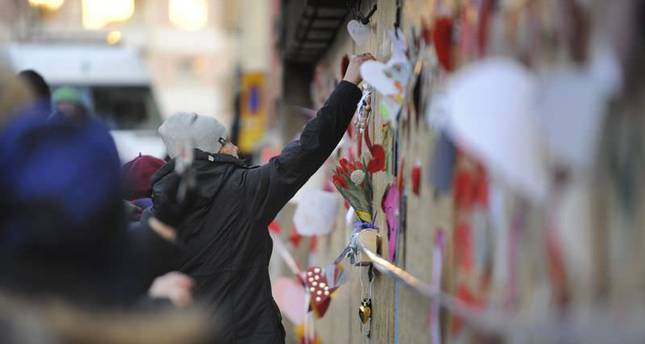 by Daily Sabah Jan 04, 2015 12:00 am
Sweden's open door policy for immigrants is now suffering from rising Islamophobia, as it has become more apparent in everyday life in Swedish society. Regarding the spate of mosque attacks and the widespread hatred of foreigners, directed most viciously at Muslims and religious places, Islamophobia becomes a blatant reality for Muslims living in Sweden.

The Swedish Democrats, a nationalist party that is also the third largest, favors deep cuts in immigration, as there has been growing hostility towards immigrant communities. The Swedish Democrats made significant gains in the general election in September, receiving 17 percent of votes, which demonstrated the increasing impact of far-right groups in the Swedish political arena. Therefore, it is most likely that the open-door policy of Sweden would be changed due to the pressure coming from the mainstream opposition that favors an anti-immigration policy. The New York Times International reported on Jan. 3 that Sweden's open door policy "is closing to immigrants." However, no official statement has been made by the Swedish government to take such action, which would definitely oppose Sweden's long history of openness and tolerance.

Sweden received the highest number of asylum applications in the world from 2009 through 2013, according to the U.N. refugee agency, and the country expects that the number of asylum seekers in 2015 will break records. In light of the worsening humanitarian crisis in Syria, Sweden opened its borders to all Syrian asylum seekers by granting them permanent residency. Yet, Sweden may impose restrictive measures in the near future due to the populist backlash on migration.

Sweden witnessed three suspected arson attacks on mosques over the last two weeks. Mosques across Sweden have become the target of extremist groups, threatening the security of the Muslim community. The most violent attack occurred in the southeastern town of Eskilstuna. Some arsonists set fire to a building that serves as a mosque. Reports claim that when the fire erupted, there were around 20 people inside the mosque.