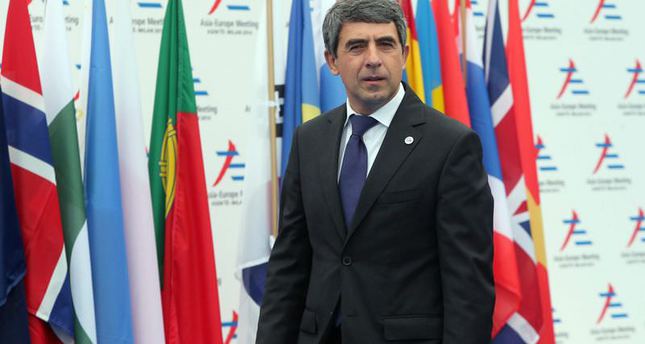 by Daily Sabah with AA Jan 06, 2015 12:00 am
Bulgarian President Rosen Plevneliev has denounced a request by the country's interior minister for troops to be sent to the Turkish border to deter immigrants, saying it could spark "a diplomatic scandal".

His comments came on Tuesday a day after Interior Minister Vesselin Vuchkov told reporters it would be "no problem to deploy a small number of military personnel temporarily to help secure the border" against immigrants.

Plevneliev said: "Guarding our border with an allied nation such as Turkey with soldiers, armored vehicles and equipment is unacceptable."

"Turkey is our friend and a NATO ally, sending more troops to the border is unthinkable."

"I cannot allow more soldiers to be deployed at the border ... It may cause a diplomatic scandal," he added.
Last Update: Jan 07, 2015 9:53 am
RELATED TOPICS