'I Am Charlie': Mass rallies for Paris attack victims 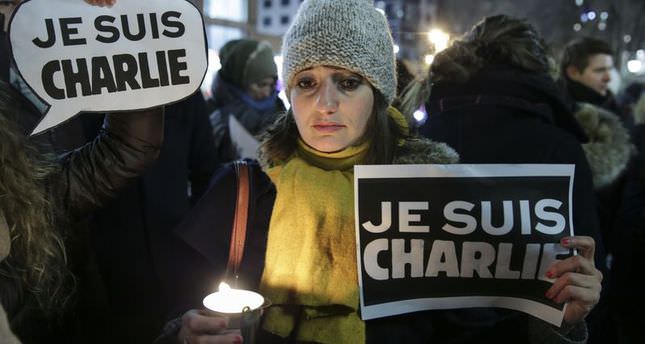 More than 100,000 people gathered across France to pay tribute to the victims of Wednesday's attacks in Paris, as thousands also rallied in other European cities and the "I Am Charlie" hashtag swept the Internet.

With the gunmen still on the loose in Paris after killing 12 people, defiant crowds swarmed into the Place de la Republique, barely a kilometre (half a mile) from the scene of the bloodbath at the Charlie Hebdo satirical weekly.

At least 35,000 held vigils in Paris, and some 20,000 people turned out in the French cities of Lyon and Toulouse, police said. Thousands more took to the streets in cities including Bordeaux and Marseille.

There were also rallies in European cities such as Berlin, London and Lausanne.

Many demonstrators wore black stickers with the words "Je suis Charlie" (I am Charlie), a slogan aimed at showing solidarity with the victims of the deadliest attack in France in decades.

Others waved banners with slogans such as "Press freedom has no price" and "Charb mort libre" (Charb died free), a reference to the newspaper's slain editor-in-chief Stephane Charbonnier.

Charbonnier was one of four cartoonists killed in the attack that also left 11 people injured.

The provocative magazine had repeatedly published controversial cartoons of the prophet Mohammed, in part as a campaign to defend freedom of the press, but offended many Muslims who view such depictions as blasphemous.


"It's terrible that these people were murdered. In future, no one will be able to speak his mind. We have to demonstrate in our thousands," said Beatrice Cano, a woman in her fifties carrying the latest issue of Charlie Hebdo in Paris.

Others carried candles or even pencils as a symbol of support for freedom of the press. 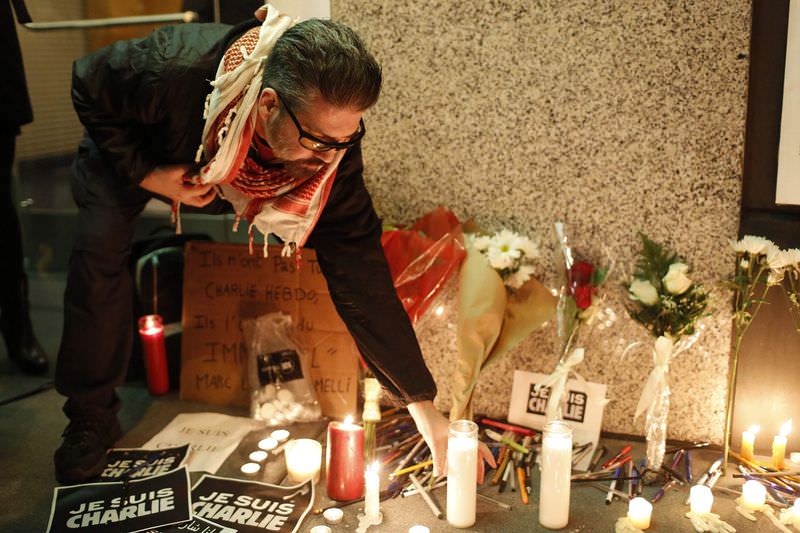 The "Je suis Charlie" slogan and hashtag spread quickly on the Internet, with Charlie Hebdo itself replacing its homepage with the phrase printed on a black background. Clicking on a link revealed translations of the phrase into a number of languages, including Arabic.

Many replaced their social media profile pictures with the slogan, including the US embassy in France for a time. The hashtag #jesuischarlie was used hundreds of thousands of times on Twitter.

Media outlets globally tweeted tributes, including a drawing of the four cartoonists and a quote from Charbonnier: "I prefer to die standing than live on my knees."

Photos showing protesters holding a sign reading "Not Afraid" were also widely shared online while the slogan "the pen is mightier than the sword" was repeatedly tweeted.