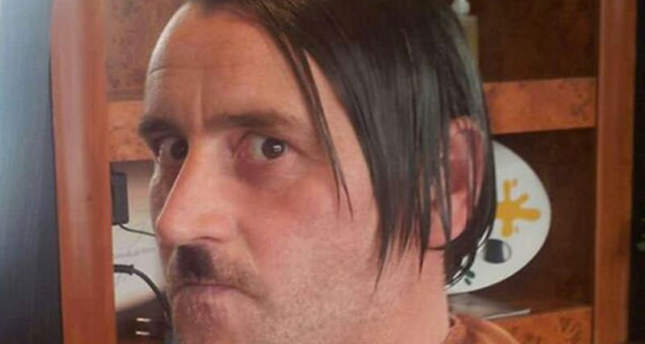 by Associated Press Jan 21, 2015 12:00 am
The leader of an anti-Muslim movement in Germany called PEGIDA, provoked a firestorm Wednesday after a picture surfaced showing him with a Hitler mustache and hair combed over like the Fuehrer.

Top-selling Bild newspaper published the photo of Lutz Bachmann, co-founder of the Patriotic Europeans against the Islamization of the West, or PEGIDA on its front page.

Bild quoted him as saying he had posted the picture on his Facebook page, apparently some time ago, as a joke.

"One has to be able sometimes to make fun of oneself," he said. Bachmann did not respond to a request for comment from the press agency The Associated Press.

If it was a joke, nobody was laughing.

"Anyone in politics who poses as Hitler is either a total idiot or a Nazi," Vice Chancellor Sigmar Gabriel told Bild, taking the opportunity to reiterate the government's call for people to stay away from PEGIDA's weekly demonstrations in Dresden.

"The incident with the Hitler picture must have consequences," he told Bild. "That's unacceptable. I won't have anything to do with such a thing."

PEGIDA's regular weekly rally in Dresden was canceled Monday after police said authorities had monitored a Tweet calling for one of the organizers to be killed. The week before, PEGIDA attracted 25,000 people at its largest rally since they started in October.