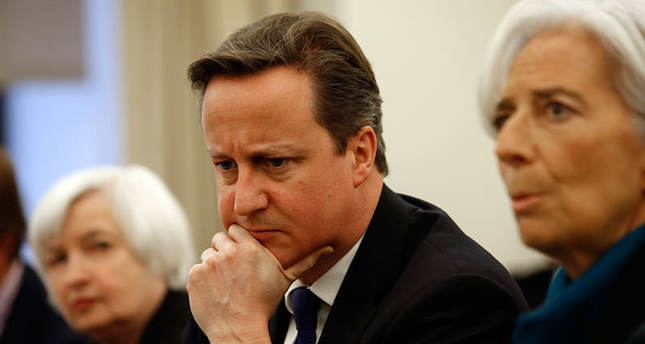 by Jan 26, 2015 12:00 am
A hoax caller who was put through to Prime Minister David Cameron after pretending to be one of Britain's spy chiefs boasted about being "off my face" on alcohol and drugs, a newspaper reported on Monday.

The giggling prankster telephoned The Sun tabloid and described how he had just made a hoax call to communications monitoring agency GCHQ, managing to speak to agency boss Robert Hannigan.

He said he would do again, and just hours later, another hoax call - presumably made by the same man - was made to Cameron's Downing Street office by someone pretending to be Hannigan.

"I've just made complete monkeys out of GCHQ. I've got the mobile number of the director," the unnamed man told the best-selling paper.

"What's more, I am off my face on booze and cocaine. I had some spliffs too. I've been up all night. I'm utterly wasted. Hilarious."

He said he could "hardly string a sentence together" but added: "I'm definitely going to do it again. It was so easy."

A caller later phoned the Downing Street switchboard claiming to be Hannigan and was put through to Cameron on an official mobile phone.

Officials insisted no sensitive data was relayed during Sunday's calls, but they represent an embarrassing breach that has now prompted a review of security procedures.

"In the first instance, a call was made to GCHQ which resulted in the disclosure of a mobile phone number for the director," a government spokeswoman said.

"In the second instance, a hoax caller claiming to be the GCHQ director was connected to the prime minister. The prime minister ended the call when it became clear it was a hoax.

"In neither instance was sensitive information disclosed.

"Both GCHQ and Number 10 (Downing Street) take security seriously and both are currently reviewing procedures following these hoax calls to ensure that the government learns any lessons from this incident."