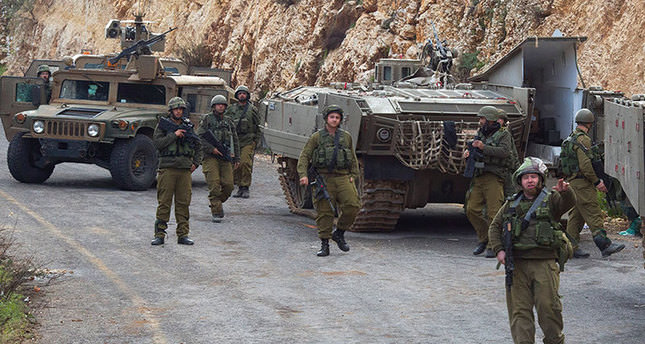 by Compiled from Wire Services Jan 28, 2015 12:00 am
Two Israeli soldiers were killed in Wednesday's Hezbollah attack along the Lebanese frontier, the Israeli military said.

Announcement of the soldiers' deaths was delayed by Israeli authorities for hours so that their families could be notified. A military statement said seven soldiers were also wounded in the attack by the Lebanese militant group.

Hezbollah on Wednesday claimed responsibility for an attack on an Israeli military vehicle in Israeli-occupied Shebaa Farms region.

In a statement, the Shiite movement said that one of its units - dubbed the "Quneitra Martyrs' Group" - had attacked an Israeli military convoy.

The attack comes ten days after Hezbollah accused Israel of killing six of its fighters - along with six Iranians - in a drone strike in the Syrian town of Quneitra.

The slain fighters had included two Hezbollah commanders and the son of Imad Mughniyah, a Hezbollah leader killed by a car bomb in Syria in 2008.