'Unless Europe loses its colonial mentality, it will hold back diversity of the world' 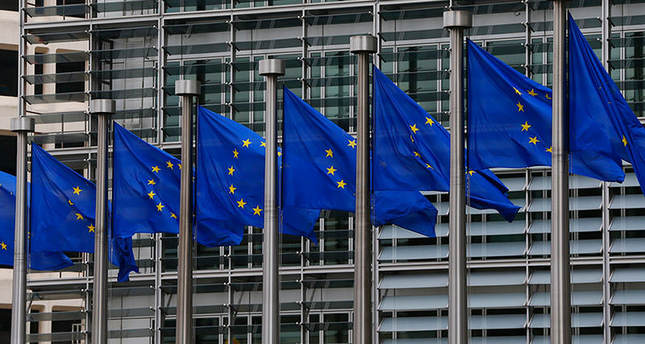 by Anadolu Agency Jan 28, 2015 12:00 am
While the rest of the world has been decolonized, Europe has not, a senior researcher on Eurocentrism and the emergence of Islamism believes.

"Europe needs to decolonize and liberate itself," Salman Sayyid, sociology professor at the University of Leeds, told The Anadolu Agency in an exclusive interview.

He said there has been too little discussion of the subject in the past because Europeans still seem to believe that non-Europeans cannot think.

"We have to understand this as a process of decolonization," said Sayyid. "Unless Europe loses its colonial mentality, it is going to try and hold back the diversity of the world."

"At the heart of all this is the crisis of European, not Muslim, identity," he insisted.

The scholar said the emergence of anti-Muslim parties in the Netherlands, Denmark and Britain were illustrative of European anxieties.

"They know Europe is no longer the center of the world. And rather than accept that, they blame the Muslim presence," he said. "When they see a woman wearing the hijab, they think it's an attack on the French Republic."

For Sayyid, such a state of affairs shows that Muslims have been asked to become "the therapists for European anxiety."

"Many Europeans believe that the number-one problem facing Muslim women is the hijab," he noted, going on to assert that this was not the case.

For many years, Europe set itself up in opposition to Islam. "The difficulty now is how to imagine a different kind of Europe in which Islam plays a part," Sayyid said.

There has been much talk about "European Islam" in recent years.

One of its main advocates, scholar and activist Tariq Ramadan, has urged Muslims to integrate their faith into their European lifestyle, escape their marginalized status and become vocal European citizens.

But Sayyid argues that the concept "is an attempt to make Islam undermine its universal, global sense."

He thinks of Islam as a language with different accents, which Muslims, wherever they are, understand.

"'European Islam' is trying to nationalize Islam. It is not an attempt to include Muslims, but to discipline them," the scholar asserted.

As a professor of rhetoric, Sayyid shed some light on the language of extremism, attributing extremists' attitudes to a deep engagement with positivist ideology.

"Positivists believe that there is a scientific way of describing what extremism is," he told AA. "But extremism is extremely contextual."

"In any social order, those who want to change the order beyond what is permitted are always described as 'extremists'," the scholar explained.

"Positivism suggests that there is a trans-contextual way of understanding extremism; that you can have a checklist and determine whether someone is an extremist or not," he said.

"I don't believe that extremism is a useful category, because it tries to exclude particular kinds of conversation," Sayyid added.

He insisted that extremism is not useful analytically because it is so flexible.

"People standing still on the same spot can become extremists because the narrative around them changes," Sayyid told AA.

He said this was happening to the Muslim population, especially in Europe.

"Many positions that Muslims are taking up are now retrospectively being described as being 'extremist'," Sayyid said.

The scholar asserted that freedom of speech is never absolute.

"Freedom of speech in France is limited," he told AA.

Twelve people, including prominent journalists and cartoonists, were killed on January 7 when two masked gunmen attacked the Paris headquarters of Charlie Hebdo, a weekly magazine known for publishing provocative material, including cartoons of Islam's Prophet Muhammad.

Five other people in Paris, including a policewoman and four hostages in a kosher supermarket, were killed by Amedy Coulibaly, who had links with the two suspected perpetrators of the Charlie Hebdo attack-brothers Cherif and Said Kouachi.

The attacks caused uproar around the world.

While many praised Charlie Hebdo's defense of free speech, Sayyid said the satirical magazine was "pandering to the Islamophobia of the French establishment."

The expert says it is poisonous to a society that wants to be tolerant and peaceful to continue humiliating and vilifying one group of people.

"People from the South get tired of pointing out all the discrepancies between what the West claims is freedom of expression and every single incident when they compromise this freedom," he said.

French Premier Manuel Valls, for his part, insists that freedom of speech should not be confused with anti-Semitism, racism and Holocaust denial.

"If you want to take something positive from the Paris events, France needs to look at itself and ask what kind of France it wants to be in the future," said Sayyid.

"A France that believes in Western exceptionality and white privilege? Or a new France that is able to reinvent itself as a nation that includes all those who are in it and involves all of them in its conversation?" he asked.