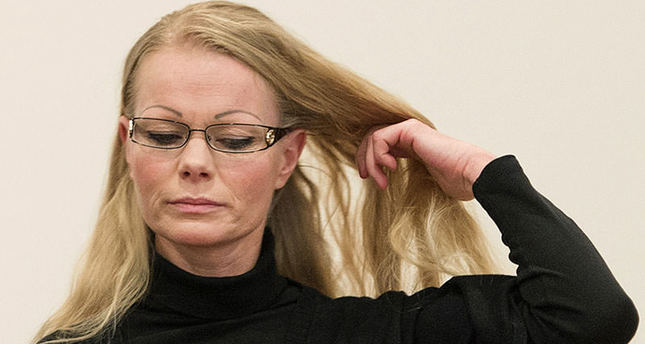 by Daily Sabah Jan 29, 2015 12:00 am
Following the resignation of Lutz Bachmann, the former leader of the anti-Islam movement Patriotic Europeans against the Islamization of the West (PEGIDA), the new leader of the movement has announced her resignation.

Kathrin Oertel had taken over the far-right movement's leadership after the founder quit after posing as Adolf Hitler in a photograph. The unexpected divorce of the current leader from the movement indicates that PEGIDA is now suffering from a loss in credibility and popularity among Germans.

Apart from Oertel's resignation, the anti-Islam group is apparently in disarray as more members of the central core of the movement have reportedly stepped down despite no official statement being released by the movement.

Despite the blatant attitude against Muslim immigrants promoted by PEGIDA, the ex-spokeswoman and co-founder of the organization, Kathrin Oertel, had taken a more lenient stance toward anti-Islam discourses while saying that the movement supports government policies of taking in refugees who are in dire need of help and supports those Muslims in Germany who are integrated into German society.

She also underscored that the Dresden branch was dissociated from the Leipzig rallies, as they have ideological differences. She opposed Bachmann's Hitler selfie taken in a barber's shop with a toothbrush moustache and Hitler-style hair, and his use of words and offensive comments that promoted hate speech toward German Muslims. "The Facebook postings that are just now known to us by Lutz Bachmann are something that we as a society strongly oppose. They do not help us reach our goals," Oertel said, welcoming Bachmann's resignation.

The weekly rallies began with nearly 500 demonstrators protesting the rising number of immigrants. However, the marches have grown much larger with support growing from disenchanted Germans who oppose the "Islamization" of their country. The far-right movement has struck a chord with many Germans after gaining a solid social grounding in German society in the face of growing far-right extremism. It also became a world-wide phenomenon spreading across Europe.