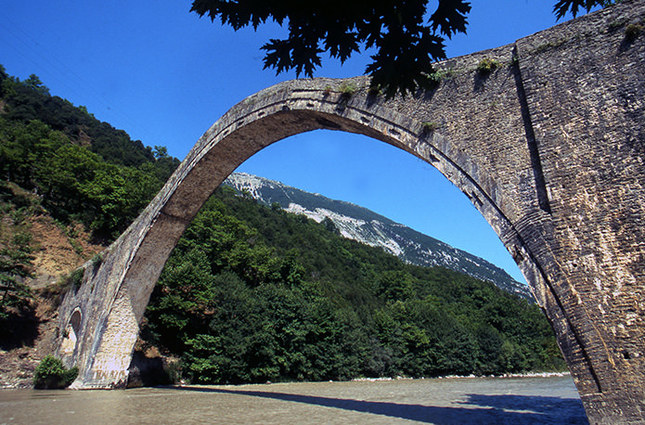 by Anadolu Agency Feb 02, 2015 12:00 am
An historic Ottoman-era bridge in Greece which collapsed after heavy rainfall, will be restored, officials have claimed.

Restoration works on the structure in Plaka, in northwestern Greece, will begin as soon as the weather permits, according to a statement by the Greek Culture of Ministry and Education.

Flash floods brought on by heavy rainfall hit the northwestern regions of Greece and southern Albania on Saturday, prompting the evacuation of hundreds of people in four villages near the Greek city of Arta.

Several major roads were also flooded and closed to traffic. No casualties were reported.

Greek Prime Minister Alexis Tsipras said on Sunday he was "very sad" to hear about the collapse of the Plaka Bridge and pledged that it would be restored.

Built in 1866 upon the order of Ottoman Sultan Abdulaziz, Plaka was the largest arch bridge in the Balkans.

The bridge had suffered damage in 2007 amid heavy rainfall, but had not been restored.