'At least 32 miners killed in east Ukraine mine blast, dozens still trapped inside' 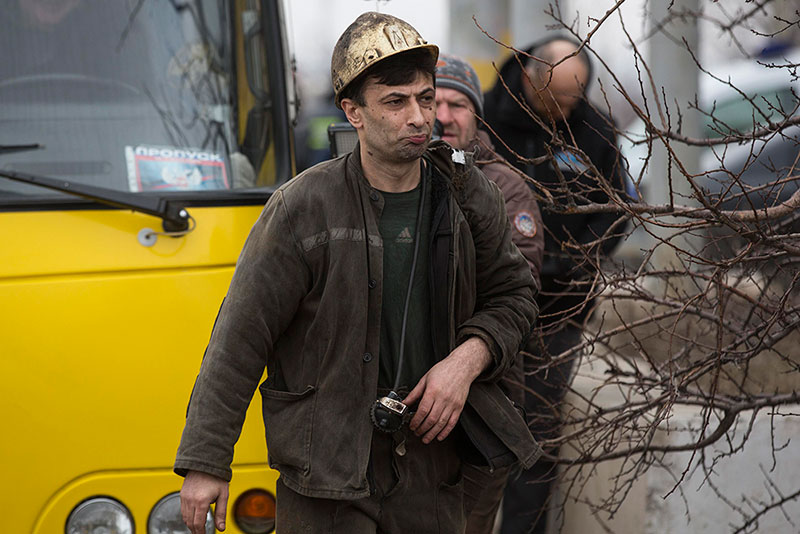 by Mar 04, 2015 12:00 am
At least 32 miners were killed in a blast at a coal mine in a rebel-held area of east Ukraine Wednesday, the president of Ukraine's parliament said.

"A terrible tragedy took place this morning at Zasyadko (mine). There are victims, currently numbering 32," Volodymyr Groysman told parliament in Kiev, calling on lawmakers to observe a minute of silence.

The blast took place in the city of Donetsk, epicentre of a nearly year-long conflict between government forces and pro-Russian rebels.

A spokeswoman for the ministry of emergency situations of the self-proclaimed Donetsk People's Republic told AFP earlier one miner was killed and 14 injured in the gas explosion.

"At the moment there are still 70 people underground but the situation is constantly changing as we bring people to the surface," spokeswoman Julia Bedilo said.

A union spokesman said 207 miners were underground at the time of the blast, with 53 in the affected area.

"The fate of 47 miners is unknown, they could be dead," union spokesman Mikhail Volynets told AFP.

Five miners with serious burns had been evacuated, he added.

Zasyadko mine has been the scene of several deadly accidents in recent years.