Denmark: Prophet Muhammad cartoons to be in school textbooks 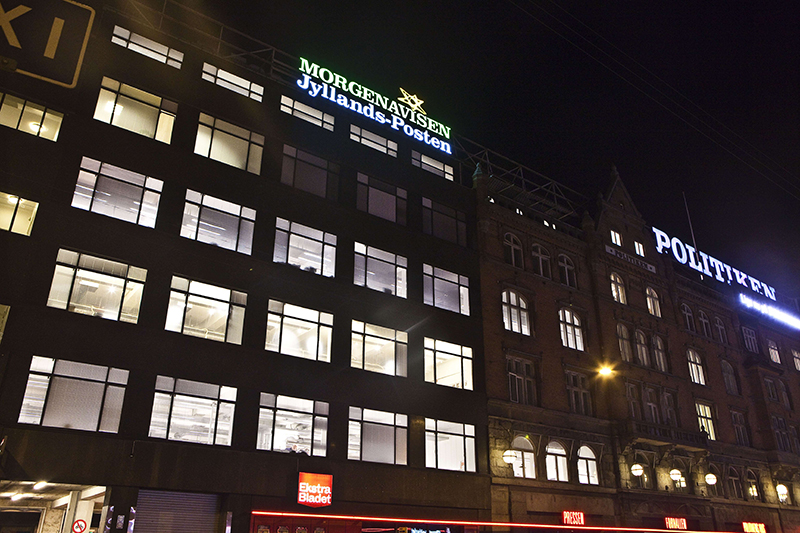 by Daily Sabah with Wires Mar 09, 2015 12:00 am
The Association of Religious Education Teachers in Denmark wants cartoons of the Prophet Muhammad to be included in teaching materials, the BBC has reported.

The Association's president, John Rydahl, has said that studying the cartoons would help children to explore the relationship between religious, social and political issues. It is currently not obligatory to teach children about the cartoons, but many schools are choosing to cover the topic during history and social studies classes, according to the Danish Education Ministry.

The proposal has been supported by some Danish politicians, with the right-wing Danish People's Party calling for the cartoons to be mandatory learning material in religious education classes while the Conservatives and centre-left Social Democrats have suggested that it should not be obligatory as teachers should be free to choose their own materials.

When the controversial cartoons were first published in Denmark's Jyllands-Posten newspaper in 2005, it sparked violent protests in a number of Muslim countries. In February, a man opened fire on people attending a free-speech debate in a Copenhgen cafe, and killed one person. Cartoonist Lars Vilks, who drew the original caricatures and who was present at the cafe, said he believed he was the target of the attack.
Last Update: Mar 09, 2015 12:39 pm
RELATED TOPICS