Hillary Clinton says 'not there yet' on women's equality 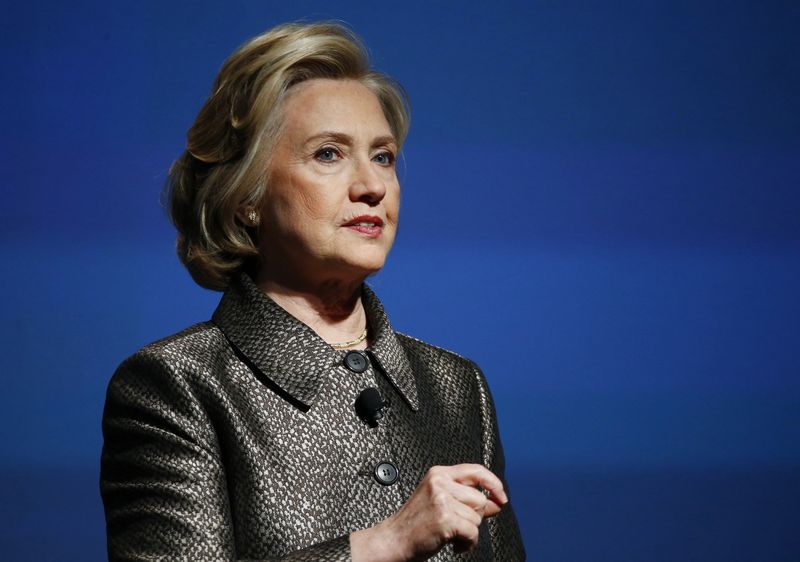 The "No Ceilings" report is a review of progress made by women since the 1995 Beijing conference laid out a platform of action for achieving gender equality.

But 20 years on, women are still "very much a minority" when it comes to holding political office, representing fewer than 30 percent of the world's lawmakers, the report said.

About a fifth of ministers in Latin America and Africa are women, but they tend to run portfolios such as health, education or welfare and are left out of defense and financial ministries.

Women hold finance or budget cabinet posts in just 24 of 189 countries studied for the report.

UN Secretary-General Ban Ki-moon has noted that five countries still have all-male parliaments, and eight countries do not have a single woman in cabinet.

The report was released at the start of a 12-day UN conference on women that will focus on women's political power and their influence in economic decision-making.

"Today, two decades later, it's clear: We are not there yet. We still have a lot of work to do," the former US secretary of state told an event to launch the report in New York.

Clinton, seen as the likely Democratic presidential frontrunner, also highlighted gains in health, education and legal reform that have in many countries allowed women to no longer be considered second-class citizens.

"There has never been a better time in history to be born female," she said.

On the business front, women CEOs in the top Fortune 500 companies were nowhere to be seen in 1995, and now represent five percent, according to the study.

Women are increasingly taking their place on boards, with their share of seats ranging from eight percent in Portugal to 36 percent in Norway, far short of parity.

Describing herself as a "data geek", Melinda Gates said the year-long project provided knowledge and power to identify gaps and learn from the areas where advancement was achieved.

"We have essentially what amounts to a blueprint for action," she said. "Now is the time to act."

Clinton will attend the UN conference on Tuesday to address the "unfinished business" of the Beijing gathering amid some controversy over donations that the Clinton Foundation receives from countries with poor rights records.

The United Nations has set a goal of achieving gender equality by 2030.

The "No Ceilings Full Participation" report was compiled by the Clinton and Gates foundations, the Economist Intelligence Unit and the World Policy Center of the University of California in Los Angeles.