How does Angela Merkel feel about being a woman in male-dominated world of politics? 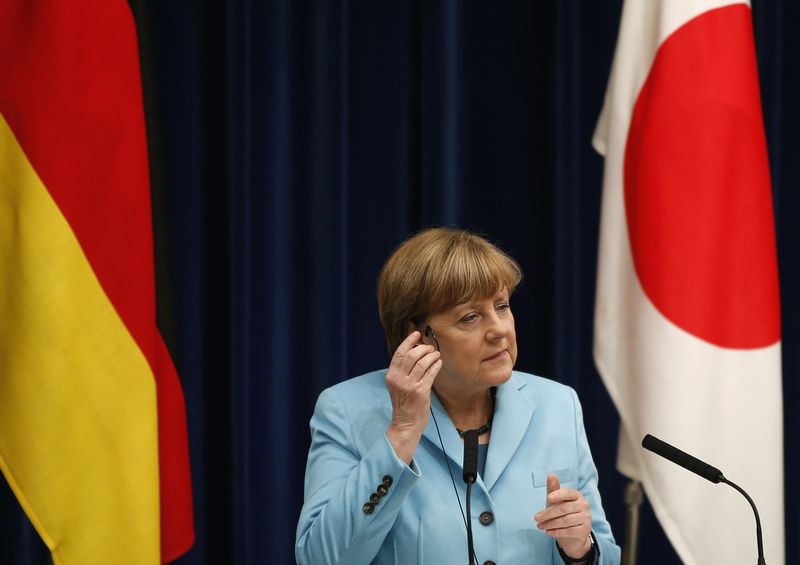 by Mar 09, 2015 12:00 am
The question was posed on Monday by a female student during German Chancellor Angela Merkel's visit to Japan, a country not known for women advancing to the top echelons of politics or business, and three days after Merkel's coalition government passed legislation mandating that 30 percent of the members on supervisory boards at Germany's biggest listed companies be women.

Merkel said that, when she took office in 2005, there were certainly many doubts about whether she, as a woman, could handle the job of chancellor.

"That was certainly the hardest thing in the first election, but when people then see that things are also fine with women, it becomes normal," she said. "Examples are important."

Merkel is certainly setting an example. She was named Forbes magazine's most powerful woman in the world for eight of the past nine years and sits at number five on its list of the most powerful people in the world.

Her government has been leading efforts to negotiate a resolution to the Ukraine conflict, and she has held firm in demanding austerity measures of debt-ridden eurozone countries in return for financial aid.

The 60-year-old enjoys high popularity ratings at home, and her party, the Christian Democratic Union, is hoping she will stand for a fourth term in 2017.

Merkel is also trumpeting the need to strengthen the rights of woman and promote their independence and equality during Germany's presidency of the Group of Seven developed economies this year.

She admitted in Tokyo that Germany has too few women in top positions and said it is no better in Japan. And although it was her coalition partner and not her own party that pushed through the corporate quotas, Merkel sounded proud at the discussion at the Asahi Shimbun newspaper that the 30-per-cent threshold, which goes into effect in 2016, was passed by Germany's parliament Friday.

Japanese Prime Minister Shinzo Abe is himself pushing for women to contribute to their country's economic recovery. In a country that is rapidly ageing and not relying on immigration to provide new members of its workforce, Abe is trying to make the male-dominated society a place where women can "shine."

The conservative prime minister calls it "womenomics." By the time Tokyo hosts the Summer Olympics in 2020, he wants to increase the number of woman in top positions from today's less than 10 per cent to 30 per cent.

Merkel's leadership of her party, her country and within Europe was lauded during her trip to Japan. But, a day earlier, celebrities and businesswomen wrote to Merkel, calling upon her to make female empowerment a priority.

They called on her to put women at the heart of international efforts to combat poverty and hunger, saying "Poverty is sexist," and "We must leave no one behind."
Last Update: Mar 10, 2015 9:54 am
RELATED TOPICS